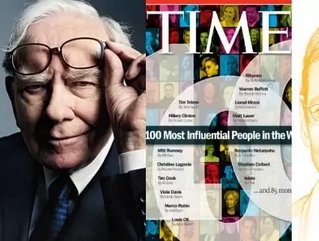 Time Magazine has released the 2012 edition of its annual list of the 100 Most Influential People in the World—an admirably well-rounded selection of breakouts, pioneers, moguls, leaders and icons that Time believes will shape our world throughout the year and beyond. The complete list includes game-changers throughout sports, economics, entertainment, activism, politics, technology and general business, but we’ve rounded up our favorites and included quotes from the feature, written by other influencers the 2012 Time 100 inspired.

“A rare talent with the ability to energize a new generation of LPGA fans, Yani will get even better as she gains experience,” wrote Annika Sorenstam. “Her potential both as a player and as an ambassador for the game is limitless.”

“Mashable, born out of his bedroom in Scotland when he was 19, is a must read for people seeking to know what’s next in the digital world,” wrote Alyssa Milano. “Pete is fiercely intelligent and a tireless supporter of using social and digital platforms for good.”

“Women in the workplace and women in technology will be key drivers of global competitiveness and innovation in the future,” wrote Marissa Mayer. “On both fronts, Ginni provides tremendous inspiration.”

“She’s helping people make the most of a more open, more transparent world, as Facebook creates dynamic new connections with the power to brighten our shared future, one click at a time,” wrote Muhtar Kent.

“Her business has expanded almost as quickly as our waistlines, now offering 200 products in 40 countries,” wrote Katie Couric. “She’s even designed a line of Spanx for men, nicknames Manx or Mirdles, and has found some male consumers who say the compression garments ‘really help with back pain.’”

“Spotify and Daniel Ek have made a business out of having simple faith in humanity,” wrote Ashton Kutcher. “We could all benefit from allowing ourselves to be influenced by that ideal.”