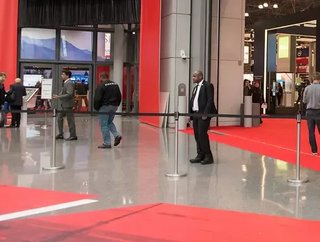 Hot on the heels of CES 2022, the world’s biggest consumer tech show which returned to its physical platform this year following a pandemic-induced hiatus in 2021, the retail industry’s biggest annual trade show, NRF 2022, kicks off this weekend (January 16-18) in its physical form. Despite an increasing number of speakers, exhibitors and attendees pulling out due to rising Covid cases across the US, organisers The National Retail Federation have decided to go ahead with the annual event in New York City. It will be a little different than past years, however, with The NRF recently postponing two of its major events, including its awards gala, and stepping up safety measures including proof of vaccination to enter. NRF’s president Matt Shay said in a post on LinkedIn that this year’s event was expected to draw 20,000 attendees and 750 exhibitors, 50% less than the attendees that attended the show in 2019.

Banks and other financial organisations are struggling to hire people, the Royal Bank of Canada’s CEO, Dave McKay told the Financial Post. Shortages are particularly acute in the US and Canada, from where the majority (85%) of RBC’s revenue hails, according to McKay, who attributes the scarcity of talent to a mix of early retirements, restrictive immigration policies and most importantly a shortage of skilled employees – those with math and coding skills.

Two big firms found out they were losing key executives this week. Wells Fargo’s chief risk officer Amanda Norton announced her decision to step down, due to retirement, after four years at the firm. She’s played a leading role in overhauling its risk management framework, as the company faced record fines and restrictions due to its sales practice scandals. Norton cited the pandemic as accelerating her decision to leave, saying she was retiring to spend more time with family and on personal pursuits. “Living through a pandemic teaches you things and I’ve realised that now is the time to do some things I want and need to do outside of my career,” she wrote in a memo, according to Reuters. Meanwhile, Tesla is set to lose its head of HR and highest-ranking black executive, as Valerie Capers Workman announces she is leaving the automaker after five years and will take up a role as chief legal officer of career placement startup Handshake. Former InBev executive Dafne Hefner (above) has been tapped by Kraft Heinz as its first-ever chief strategy and transformation officer for North America, to help accelerate the strategic growth plan in the firm’s US and Canada businesses. With a vast amount of leadership and strategic planning experience and digital capabilities under her belt, Hefner previously spent eight years with beverage giant InBev, where she held various leadership positions in insights, marketing and digital, most recently serving as SVP of strategy and insights. In this role, she led the establishment of the company’s long-term goals, creating a focused portfolio strategy, addressing brand renovation and delivering an aggressive innovation agenda, not to mention designing the firm’s first internal research and Agile agency. Prior to InBev, she spent eight years as a services and consumer products strategy consultant and also co-founded a data analytics tech startup.

Consulting firm Deloitte has revealed its predictions for retail in 2022 and beyond with the release this week of its 2022 retail industry outlook report. The Great Retail Reset shares findings following a survey of 50 executives at large retailers, outlining both the challenges and opportunities for retail in 2022. Among the challenges is hiring with 70% of leaders saying that labour shortages will hamper retail growth this year. But despite this, the report is optimistic about retail, projecting a 3.5% GDP growth in 2020 with good opportunities for those retailers “who can get it right, who can figure out the talent, the supply chain, the digital”, says Kate Ferrara, Deloitte US retail, wholesale and distribution leader.