Business Review USA Weekly Round Up 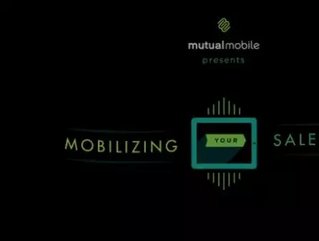 This 90-second animated infographic explains why tablets might help your seals team increase productivity and profits.

CSO insights reported more than 90 percent of sales organizations invested in tablets as their newest sales tool, with over 70 percent claiming they have achieved a positive ROI from the investment. Mobile devices are popping up everywhere and we think they’re here to stay.

Sales Ops gain the ability to evaluate processes and tools in real-time. There is no longer a slow trickle of information from the field; sales managers will have the ability to monitor sales as they are entered in the tablet’s CRM by the sale team. Real-time information gives sales managers the opportunity to evaluate performance issues and providing coaching as they see who’s not following procedures.

These high-paying jobs only require a high school diploma.

LinkedIn for the Next Generation

LinkedIn lowered its minimum age to 14, preparing the next generation of young hopefuls to enter the workforce.

With more than 200 million members, LinkedIn is an invaluable resource for companies and professionals. LinkedIn allows employers to post job opportunities and recruit potential employees through the site. Job seekers can upload resumes, connect with coworkers and peers and discuss industry news and trends.

With a required minimum age of 18, LinkedIn used to be reserved for adults entering the job market. But now, the network’s services are available to much younger users. LinkedIn recently dropped its age limit to 14 for users in the U.S.

The beverage giant makes an attempt to "go green."

The soda is sweetened with Stevia, a natural alternative to the high-fructose corn syrup that is normally found in coke products. Stevia is extracted from plants native to South America.

The book store lost $87 million in the most recent quarter.

On Tuesday, America’s favorite book seller announced that it lost $87 million in the most recent quarter. 75 percent of its total revenue is retail revenue, which dropped 9.9 percent. Barnes & Noble also stated that Leonard Riggio, its chairman and largest shareholder, dropped his endeavor to buy the retail side of the business. The Nook side of the business was down 20.2 percent, and the actual sales of the device itself are down 23 percent.