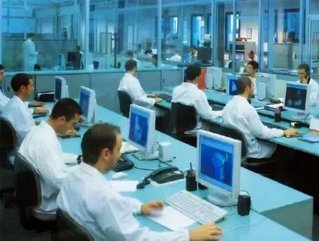 According to Statistics Canada, the anticipated spending for businesses in 2011 in industrial research and development is just over 15.6 billion. Up five per cent from the previous year, this increase may be a great barometer as to the confidence of business leaders in investing in innovation, as business heads anticipate growth in our slowly rekindling economy.

After a few years of timid spending, the sector who is feeling the most confident in investing on R&D is manufacturing, who anticipates a 49 per cent increase from 2010. This makes up for almost half of the overall spending, while another huge chunk goes to the services sector, who expects a 43 per cent increase from the previous year. This huge investment on the part of these sectors, most likely stems from the necessity of manufacturers and retailers to keep up with the fast paced evolutions in consumer buying trends, which more than ever, seem to rapidly shift at meteoric rates.

While this slight lift in spending is encouraging, it is a far cry from the economic booms happening in a not so distant yesteryear. In 2007 businesses spent over $16.8 billion on  R&D, more than a billion dollars more than businesses expect to spend in the upcoming year.

But overall Kudos are due, as the 2011 R&D spending climb is good news in comparison to the economic shell shocked spending of the last few years. Most importantly, the initiatives will put and keep researchers and developers in jobs, as R&D activities employ over 149,900 full-time positions in Canada.

Hopefully the improved R&D spending, coupled with the hungry tenacity of the economic crisis, will light a fire under these gratefully employed workers, and result in some world class innovations, that Canadians can proudly call their own.