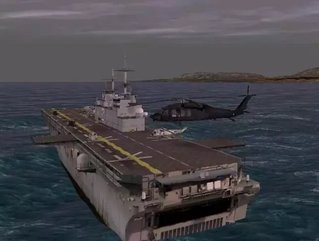 CAE has been awarded contracts by the General Headquarters (GHQ) of the United Arab Emirates (UAE) Armed Forces valued at approximately C$145 million.

The contracts are for CAE to design and develop a comprehensive Naval Training Centre (NTC) for the UAE Navy and to provide the UAE Joint Aviation Command (JAC) with a suite of helicopter simulators and training devices for the NorthStar Aviation 407 Multi-Role Helicopter (407MRH) as well as the Sikorsky UH-60M Armed Black Hawk (ABH).

CAE was awarded contracts by the General Headquarters (GHQ) of the United Arab Emirates (UAE) Armed Forces to design and develop a comprehensive Naval Training Centre (NTC) for the UAE Navy. The value of the initial contract for Phase A is included in the C$145 million total mentioned above. With potential phases, the UAE NTC program could be worth approximately C$450 million over the next 15 years.

The purpose-built NTC facility will feature a range of integrated ship simulation-based training suites as well as maritime aircraft sensor stations that will be used to deliver training for individuals, command teams, and whole ship crews.  In addition, the overall naval training system for the UAE Navy is being designed for networking and interoperability to enable distributed multi-platform and joint mission training.

"This is a major strategic win for CAE and clearly demonstrates our capabilities to serve as a training systems integrator across all defence domains," said Gene Colabatistto, CAE's Group President, Defence & Security. "The UAE Navy selected CAE as its training partner because of our focus and expertise in training, and the result will be a comprehensive naval training enterprise that helps the UAE Navy achieve a high level of fleet operational readiness."

The UAE Naval Training Centre will be located in Taweelah with connectivity to several other naval and air bases throughout the UAE.  The UAE NTC is expected to be complete and ready-for-training by early 2019.