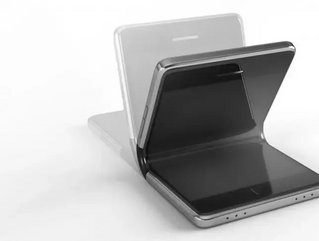 Fremont-based tech startup Royole has launched the world’s first foldable smartphone, beating Korea’s Samsung and China’s Huawei out of the gate
The Royole FlexPai is a smartphone-tablet hybrid, “giving it the portability of a smartphone plus the screen size of a high-definition tablet” according to the firm’s press statement.
Dr Bill Liu, founder and CEO of Royole, said:
"The Royole FlexPai foldable smartphone provides mobile phone users with a revolutionary, different experience compared to traditional phones.”
See more:
"It perfectly solves the contradiction between the high-definition large-screen experience and portability, which introduces a whole new dimension to the human-machine interface.
He added: “The phone's inherent design will forever change the consumer electronics industry, as well as the way people interact with and perceive their world."
The phone, when folded, can operate as two screens simultaneously featuring separate operations as well as supporting applications that enable interaction between the dual displays.
According to CNBC, the phone was briefly available on 1 November in a flash sale in China, priced between 8,999 and 12,999 yuan (US$1,295.49 and $1,871.33).
CNBC added that Liu announced on 31 October that Royole will be investing 200mn yuan in firms around the world to develop software that takes full advantage of the novel hardware.
InnovationSamsungTechhuawei
Share
Share