Can New McDonald’s President Inject Life into the Ailing US Chain? 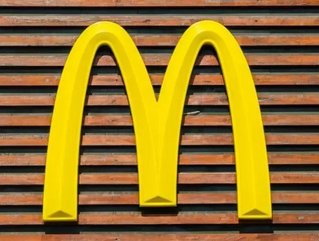 Andres has varied experience in the fast-food restaurant sector. He has worked at McDonald’s in a senior management capacity for more than three decades and was most recently Logan’s Roadhouse chairman and CEO. From 2001 to 2007, Andres was president and CEO of Boston Market.

From 2010 to 2012, Andres was president of McDonald’s central division in the U.S., where he oversaw 4,400 restaurants in seven regions covering 24 states. During that time, Andres drove strong results in same-store sales, guest counts and income, the company said. He left McDonald’s in September 2012.

McDonald’s CEO Don Thompson said: “Mike is the ideal leader to take McDonald’s USA into the future. He is a progressive, strategic thinker with a deep understanding of consumers and the marketplace, and a track record of translating those insights into successful results.”

“Mike brings a wealth of knowledge of McDonald’s and has built strong relationships across the system, as well as broader experience in the informal eating out industry,” he continued. “He’s a dynamic, proven leader, and I am confident he will help lead our U.S. business to the next level.”

Andres’ appointment could prove to be pivotal for the business. In recent years the U.S. division of McDonald’s has been struggling to retain customers, who are increasingly opting for fast-casual chains such as Chipotle and Panera. Same-store sales have been declining across its 14,000 U.S. locations and earlier this month the company reports a 3.2 percent decline in domestic same-store sales amid continuing operational and service challenges. It was the ninth consecutive month of negative or flat financial results. Wall Street analysts say the chain is also losing market share to competitors like Jack in the Box and Wendy’s.