Can New Sprint CEO Save the Ailing Wireless Carrier? 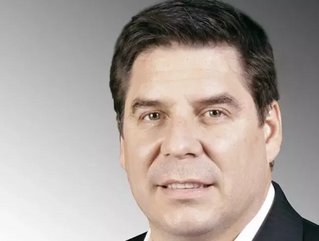 Last week Sprint announced plans to drop its T-Mobile acquisition bid and at the same time appointed a new CEO in the form of Marcelo Claure. Just one week down the line and Claure has vowed to “compete aggressively” for new customers in the ever-increasing cutthroat wireless sector.

“In the short term, our success will come from our focus on becoming extremely cost efficient and competing aggressively in the marketplace,” Claure said yesterday in a memo obtained by Bloomberg News. “The management team has been working closely with the board to outline the future strategy of the company.”

Does Claure have what it takes?

Claure founded Brightstar in 1997 and grew the company for a small Miami based startup into a global communications business, which posted $10.5 billion in gross revenue in 2013. Claure was recognized as a Young Global Leader by World Economic Forum and has received numerous Entrepreneur and CEO of the year awards. He joined Sprint’s board in January this year. It’s no surprise then, that Sprint has high hopes for its new chief executive.

“During my time on the board, I was exposed to Sprint’s great history of success and innovation,” Claure said in the memo. “This time also provided me with deep insight into some of the challenges and opportunities we have ahead of us -- and some of them are significant. The good news is we have already started working on them.”

In the same memo, Claure tells employees at the company that “consolidating makes sense in the long-term but, for now, we will focus on growing and repositioning Sprint.” The new CEO also stated that he believed with the right application and management, Sprint could become “the carrier of choice in the U.S.”

Claure has big plans for the ailing wireless carrier, and his track record certainly sets him in good stead to make the necessary changes to transform the brand. That being said he will need to be very careful about the cuts he makes to the business, so as not to fall into the same trap as his predecessor Dan Hesse.

Jeff Kagan, an independent technology analyst, echoes this sentiment, saying cutting costs sounds like a smart move -- as long as Sprint is careful what it cuts. “There are plenty of important areas that cannot be cut if they want to see their business grow. However, there are probably lots of areas that can be cut,” he said. “Making the right choices is vital.”

Kagan also pointed out that former Sprint CEO Dan Hesse also employed a cost-cutting strategy as part of his turnaround efforts for the company. As he sees it, Claure needs to go in with a scalpel rather than a machete.