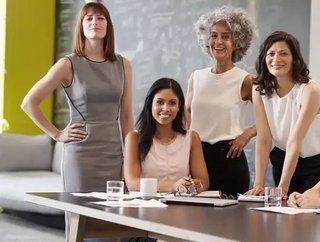 At present, there are over a million small and medium-sized businesses in Canada - and fewer than 16% are women-owned. However, studies show that advancing women's participation in the economy could add up to CAD$150bn to Canada's GDP by 2026.

To advance women's economic empowerment, the Government of Canada has launched the Women Entrepreneurship Strategy (WES), a $2bn investment that aims to officially double the number of women-owned businesses by 2025. To reach this goal, the government has officially launched an Expert Panel on Women's Entrepreneurship, which will seek to provide advice and identify opportunities and the challenges that women entrepreneurs face.

Co-chaired by Laura McGee and Danièle Henkel, with members including Shauna Harper, Shannon Pestun, Sharon Zohar, Dr Virginia McGowan, and Maudeleine Myrthil, the panel will also be supported by representatives from the Women Entrepreneurship Knowledge Hub and the Business Development Bank of Canada; by the Special Advisor on Scale Up to the Honourable Mary Ng, Minister of Small Business and Export Promotion; and by the work of the Canada-United States Council for Advancement of Women Entrepreneurs and Business Leaders.

"I'm thrilled to announce the Expert Panel on Women's Entrepreneurship. The members' wealth of experience and commitment to advancing women in business will be invaluable to our government as we lead the way on doubling the number of women entrepreneurs by 2025. Increasing women entrepreneurs is not just the right thing to do—it's good for the bottom line,” stated The Honourable Mary Ng, Minister of Small Business and Export Promotion. “It is a strategy that seeks to double the number of women-led businesses by increasing their access to financing, networks and advice. It's a smart investment with an economic and social return."

Over 200 women-led companies will receive direct funding to help them grow their business. The Government of Canada has recently announced the first 15 successful recipients (out of 200), who are set to receive an investment of up to $100,000 to help them grow their business and reach new export markets. Only 8.4% of majority women-owned SMEs export, compared to 12.8% of majority male-owned SMEs.

The first successful applicants are highlighted below: 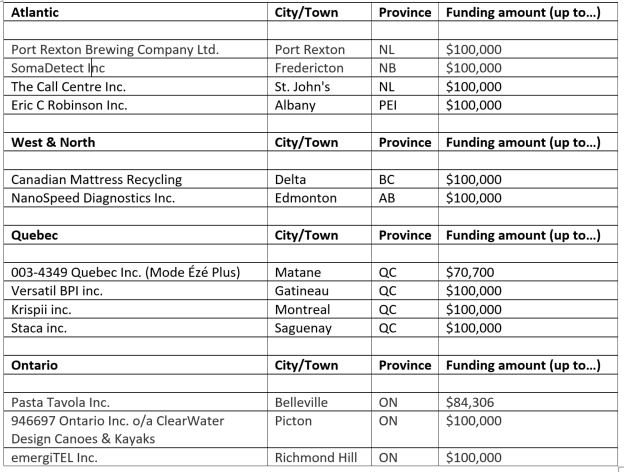 Canadian women are starting businesses at a higher rate than their counterparts in all other G20 countries, according to Forbes, where Karen Hughes, a professor at the University of Alberta’s Alberta School of Business and Department of Sociology, and author of the 2015/16 Global Entrepreneurship Monitor (GEM) Canada Report on Women’s Entrepreneurship, has affirmed that “Canada has seen a surge of entrepreneurship in [its] economy over the last 20 years, and women have been at the forefront, launching businesses at rates that often outpace men.”

Understanding that it is not only financial barriers that dissuade women from becoming entrepreneurs, the country has announced its plans to provide up to 40,000 affordable childcare spaces, providing complete choice and flexibility for working parents to share parental leave and childcare responsibilities.