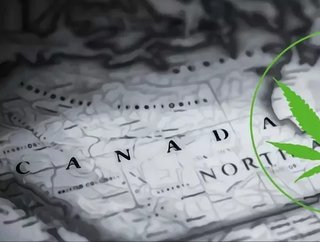 On Wednesday 17 October, Canada became the first G7 country to legalize cannabis use for both medicinal and recreational use
Canada is the second country in the world to build a legal cannabis industry after Uruguay, which legalized the drug in 2013.
The new legislation means that the possession and use of cannabis is legal for anyone over the age of 18 in Alberta and Quebec, and for anyone over 19 across the rest of the country.
Canadian Prime Minister Justin Trudeau promised the legalization of cannabis as part of his 2015 election campaign, tweeting on 20 June:
“It’s been too easy for our kids to get marijuana – and for criminals to reap the profits. Today, we change that. Our plan to legalize & regulate marijuana just passed the Senate. #PromiseKept”.
See more:
Ian Power, who has campaigned for cannabis legalization in Canada for most of his life, was the first Canadian to purchase cannabis legally.
“Who else gets to be first to help ring in the end of prohibition?” he told CTV. “We won, everybody!”
Power said that he was excited to be a part of an end to the stigma attached to cannabis and cannabis users.
In the run-up to legalization, Canadian cannabis firms such as Aurora, Valens, and Canopy Growth have each ramped up production of cannabis, found investors both domestic and international, and placed themselves in a position to capitalize on the boom in demand as Canada’s recreational cannabis industry takes off.
Justin TrudeauCannabisCanopy GrowthAurora
Share
Share