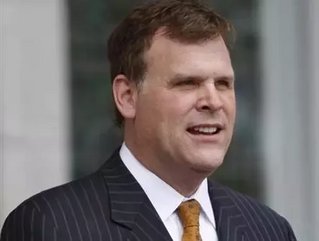 Foreign Affairs Minister John Baird announced yesterday a successful trip to Tripoli. Offering support to the Libyan government in its transition to the post-Qadhafi era, Canada is offering Libya $10 million toward securing arms.

“Our government remains committed to protecting the Libyan people and supporting their efforts to build a brighter future for themselves,” said Baird. “Obviously, there are a number of pressing needs and our support will help ensure those needs are met."

While in Tripoli, Minister Baird met with Mustafa Abdul Jalil, Chair of the National Transitional Council to discuss Libya’s plans for its transition. In this discussion, Minister Baird announced the Canadian contribution of $10 million to “help secure weapons of mass destruction and remove and dispose of explosive remnants of war.”

“The security situation in Libya is still quite volatile and the risk of these items falling into the wrong hands or injuring civilians is very real. Canada sees this disarmament as a top priority in making Libya and the entire region safer,” said Baird.

Alongside Minister Baird on the trip were representatives from non-governmental organizations and Canadian businesses including those in the infrastructure, technology and natural resources industries to further offer advice and support.

Canada has been in support of Libya’s transition for some time. Announced on September 1st by Prime Minister Stephen Harper, Canada lifted its economic sanctions that it imposed on Libya since February 27,2011.