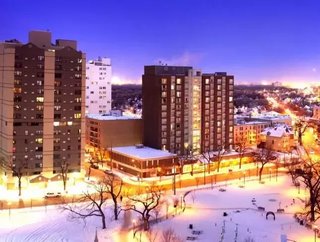 Canada Goose has announced its plans for a third factory in Winnipeg that will create 700 jobs
In a press release from the Prime Minister’s Office it was stated that the plans “will increase Canada Goose’s production capacity, respond to growing global demand for its apparel, and expand its sewing training school program”.
Canada Goose’s training program has thus far trained over 750 workers to ensure they possess the skills necessary for success with the firm.
The company’s expansion plans will cost an estimated CA$15.8mn, with $1.48mn of this coming from the Manitoba government in support of local industry, according to the Canadian Press.
Canada Goose exclusively manufactures its core products in Canada and exports them to over 38 countries.
Dani Reiss, President and CEO of the apparel company, said:
“Made in Canada isn’t a slogan for Canada Goose – our commitment to growing production capacity is stronger than ever”.
See more:
“We are proud of our role in creating manufacturing jobs in Canada, and to be doing it in Winnipeg – a city we are privileged to call home”.
The press release went on to add that Canada Goose employs nearly 3,000 members of staff around Canada, and that this latest factory will be its seventh manufacturing facility in the country.
The company also employs 20% of Canada’s cut and sew labour industry.
Outside of Canada, the company has stores in seven major cities around the world, including London, New York, and Tokyo, and plans to open stores in Beijing and Hong Kong during its next phase of retail expansion.
apparelManufacturingCanada Gooseclothing
Share
Share