Canada incensed by the US lumber tariff 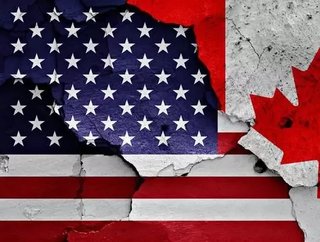 The US has recently announced that it is set to place a 20 percent tariff on softwood lumber imports, which predominately is sourced from its Canadian neighbour. The loonie has already fallen significantly, as over 70 percent of Canadian timber is supplied to the country.

Renowned as one of the most amicable neighbours in the world, the US’ recent move is set to inflame these relations, which has been tumultuous since Donald Trump became President. The new 20 percent tariff against soft lumber imports from Canada is set to seriously weaken the Canadian dollar and disrupt their economy, affecting house prices and construction work. The move links with recent disputes surrounding Canada’s export of approximately C$112.6 million worth of dairy products to the US in 2016, impacting on US farmers.

Canada has provided a strongly worded response to the move, where Jim Carr, Minister of Natural Resources has said: “the Government of Canada disagrees strongly with the US. Department of Commerce’s decision to impose an unfair and punitive duty. The decision will negatively affect workers on both sides of the border, and will ultimately increase costs for American families who want to build or renovate homes.”

“The Government of Canada will vigorously defend the interests of the Canadian softwood lumber industry, including through litigation. Canada will continue to press their American counterparts to rescind this unfair and unwarranted trade action.”

Susan Yurkovich, president of the B.C. Lumber Trade Council has said: “This new trade action is driven by the same protectionist lumber lobby in the U.S. whose sole purpose is to create artificial supply constraints on lumber and drive up prices for their benefit, at the expense of American consumers.”

However, US lumber companies are satisfied with the decision, following Trump’s pledge to put America first.