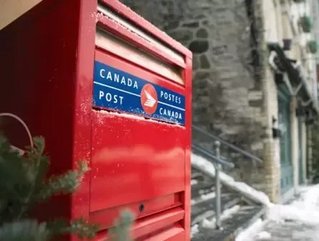 The June 2011 labour disruption, the decreasing mail volume, the new pension obligation; and the Supreme Court of Canada’s decision regarding pay equity were attributed as the four major causes of Canada Post’s loss.

2011 was a rocky year for the Canada Post internally as rotating labour strikes, a 25-day lockout, and a Supreme Court of Canada ruling on pensions drained at the company’s profits. The Canada Post has an existing solvency deficit of 4.7 billion in its pension obligation and paid $510 million to the pension plan in 2011. The Supreme Court ruling mandates that the Canada Post reimburse certain employees for inequal pay in a case that dates back to 1983. Also, the mail volume per point of delivery has decreased by 20 per cent over the past five years.

There is some good news from the Canada Post, as the company plans on doing business housekeeping by addressing two major problems: its volatile relationship with employees and lack of relevant digital offerings for consumers.

"Deep and enduring shifts in technology and demand for postal services point to the urgent need to transform the business," the company said in a news release.

Through more collective bargaining with labour, the Canada Post hopes to satisfy both its profit margins as well as dissatisfied employees. The company is also planning on building on its asset of home delivery by adding digital delivery via e-post. Hopefully this will bring the Canada Post back in the black.