Canada to sign Trans-Pacific Partnership agreement—what does this mean for business? 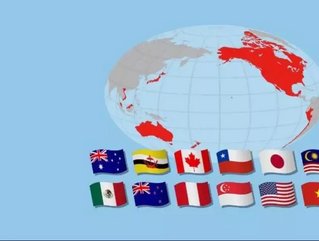 Today Chrystia Freeland, Minister of International Trade, published an open letter to the citizens of Canada discussing the future of the country’s involvement in the Trans-Pacific Partnership (TPP) Agreement. Freeland explains that since her appointment in October she has been taking in a range of opinions and concerns about the TPP—and what she has taken away from the experience so far is that the TPP is an extremely complex issue that requires more than two months of exploration.

“Many Canadians still have not made up their minds and many more still have questions,” says Freeland. “That is why our consultations with the provinces, municipal officials, students, labour leaders and members, business representatives, academic experts, and others are just the beginning of the examination needed to fully understand the TPP’s impact.”

RELATED CONTENT: Nothing Personal—Canada Says “NO” to Using Private Email for Government Business

Freeland notes that she will be taking this discussion to the Parliament floor through debate and letters to Government and Opposition House Leaders and the Chair of the Senate Standing Committee on Foreign Affairs and International Trade. But while the discussion will continue, Freeland has also announced that Canada will be joining the eleven other involved countries next week as they convene to sign the Agreement.

What does this mean for business in Canada? For now, nothing significant—as Freeland explains in her letter, signing the TPP Agreement does not necessarily mean that Canada will endorse, ratify and adopt the agreement in the long term. Rather, she continues, signing the Agreement at this point simply keeps Canada a part of the conversation, securing valuable time to explore the pros and cons of the partnership further.

“Just as it is too soon to endorse the TPP, it is also too soon to close the door,” says Freeland. “Signing does not equal ratifying. Only a majority vote in our Parliament can allow the Agreement to take force. Signing is simply a technical step in the process, allowing the TPP text to be tabled in Parliament for consideration and debate before any final decision is made. All other countries will follow the same process, and each has up to two years to consider ratification before making a final determination. In addition, it is important to note that signing next week preserves Canada’s status as a potential full partner in the Agreement, with all of the rights and powers that go with it.”

So don’t expect any major changes yet: just be aware that this initial signature sets the stage for potential changes still to come.