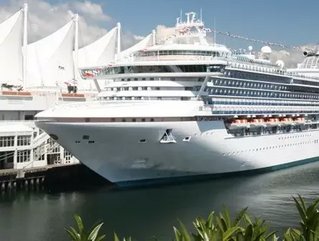 The cruise industry in Canada is not only successful, but also thriving. Increasing the nation’s tourism as well as its economy, large cruise lines docking at Canada’s ports are an added benefit to the port industry. Seeing a successful 2011, ports along Canada’s Pacific and Atlantic coast not only embrace cruise ships but also their growth in the future.

British Columbia’s cruise industry in 2011 was reported by Cruise BC as successful. Seeing an 8 per cent increase in total passengers compared to 2010, it’s clear the industry is on an upward trend. A total of 1.2 million passengers came into the Canadian ports of Nanaimo, Port Alberni, Prince Rupert, Vancouver and Victoria. This had beneficial impacts on the economy bringing in 1.3 million to the province. This paired with passenger and crew spending at $185 million, cruise line spending totaling $367 million and cruise line industry tax contributions coming at $50 million, the BC economy is definitely seeing a monetary benefit.

In a breakdown by port, here are some of 2011’s highlights:

British Columbia has become a power playing province in the cruise industry and associations in the industry aren’t ready to slow its growth down.

“BC has enormous potential as a unique stand alone destination or as part of a larger West Coast itinerary,” Cruise BC Chair Doug Peterson said. “Our port facilities have the capability to handle more ships and can provide the cruise visitor with diverse and captivating shore excursion experiences that rival some of the best in North America.”

Atlantic Canada’s cruise industry saw a steady 2011 season, reported the Atlantic Canada Cruise Association. Providing $82 million in direct economic impact, the season not only shows the beneficial tourism that occurred in 2011, but also can provide a forecast to a successful 2012.

Overall, Atlantic Canada saw 825,000 passengers at port between April and November. Unfortunately, Atlantic Canada’s 2011 season was not up to par with 2010’s season, but this can be attributed to uncontrollable circumstances such as poor weather that cancelled scheduled calls.

“We are seeing the results of our marketing efforts that have been incredibly effective. The number of passengers visiting our region and the associated economic impact continues to have a huge impact on our region’s economy,” said Betty MacMillan, Chair of the ACCA. “Atlantic Canada’s ports are iconic parts of the Canada New England cruise itinerary experience, and remain extremely attractive to passengers and cruise lines alike. The ACCA is projecting consistent growth for the next three years and we are confident that we can continue to increase our numbers even in the midst of these uncertain economic times.”

Good news for Atlantic Canada is the ACCA’s forecast for 2012, expecting a record season with close to 650,000 passengers.

Overall, the cruise industry is in love with Canada. With cruise lines such as Norwegian, Princess, Celebrity, Carnival and Disney making port, Canada should be able to create a business of tourism that will benefit in the foreseeable future.