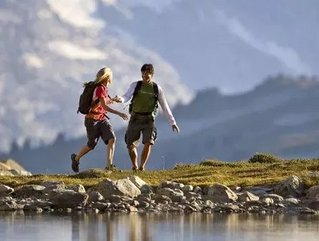 In business, there are a lot of issues that come up in day to day operations. With a keen eye on keeping costs down while profits up, most businesses prioritize efficient initiatives that benefit overall operations. But which companies take the environment into account? Annually, Mediacorp rates Canada’s Top 100 Green Employers. Improving their overall environmental footprint in Canada and globally, this month, Business Review Canada highlights Canadian businesses that are at the top of their industry in business and in environmental initiatives.

Determined to improve its environmental footprint since 1990, Fairmont Hotels and Resorts has been leading its industry in implementing green initiatives for over 20 years. Getting an early start, Fairmont has emphasized its energy efficient plans via its “Green Partnership Guide” which is in its third edition. Fairmont utilizes a waste diversion program to reduce its overall waste with an extensive recycling program that includes composting as well as converting kitchen oils into biodiesel fuels. Other initiatives Fairmont Hotels has incorporated include working with the WWF, water conservation strategies, employee-led Green Teams, recognition of employees as “EnviroStar of the Year” and the implementation of organic gardens, including those situated on the rooftop.

Hewlett-Packard Canada has taken employee participation in green initiatives to a new level. Establishing an in-house “HP Green Advocates” program, over 200 employees volunteer to become environmental advocates within the company and outside, even sharing information with customers. Its appointment of a “Director of Environmental Programs” and an “Environmental Team,” shows HP Canada’s commitment to environmental stewardship. These roles are tasked with increasing environmental awareness as well as to create company environmental programs in collaboration with community agencies. Other initiatives HP Canada has embarked upon include electronic recycling during Earth Week, the building of HP’s headquarters under environmental and energy efficient features, recycles millions of pounds of computer equipment and ink cartridges, develops new technological products with the environment in mind and informs customers of environmental features through its “HP Eco Highlights” label.

Awarded this honor for three consecutive years, Loblaw’s dedication to green initiatives, including offering President’s Choice GREEN products for the past 20 years, shows the company’s environmental commitment. Its implementation of rooftop solar panels on two stores, the Toronto flagship store’s LEED design and its efforts to divert 70 per cent of in-store waste away from the landfill are other reasons for its recognition.

Selected for the 2012 greenest employers list, the Royal Bank of Canada has operated with a number of waste diversion initiatives throughout operations. Analyzing its supply chain and procurement strategies, the Royal Bank of Canada implemented a “Responsible Procurement Policy” to incorporate environmental and social considerations when making purchasing decisions. Other initiatives include the 2007 “RBC Environmental Blueprint” which has been in effect since 2007, the “EnergySmart” program to reduce energy consumption (also in effect since 2007), and the increased proportion of sustainably sourced office paper in North America and the UK.

The Whistler Blackcomb ski resort has proved its environmental sustainability by its commitment to the environment in which it runs its operations. Encouraging through its Habitat Improvement Team, Whistler Blackcomb protects, restores and enhances the fish and wildlife habitat in the Whistler area. This paired with its pilot program with BC Hydro  focuses on energy conservation awareness and behaviour as well as implementing the idea within its work culture. Other initiatives Whistler Blackcomb has embarked upon include employee led wildlife viewing tours, an environmental management strategy that has been in place since 1993, an employee carpooling program, the “Operation Green Up” program which encourages the enhancement of natural environment and a new $23 million micro-hydro-electric plant that produces enough energy for its entire operations.