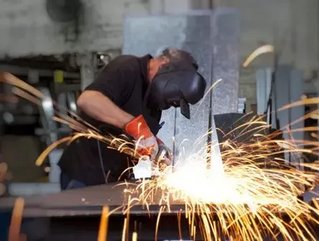 Statistics Canada released today their findings for the manufacturing industry for the month of May. Revealing a sales decline of 0.4 per cent to $48.7 billion, this decline was the fourth month that saw a decrease in sales within the past five months.

What led to the decrease was trouble in the petroleum and coal product industry, which saw a decline of 9.6 per cent due to temporary refinery shutdowns. This decrease was fortunately offset by the aerospace industry whose manufactured product sales offered relief. Statistics Canada reports that if the petroleum and coal product industry manufacturing sale decrease had not been included in the report, Canadian manufacturing sales would have seen an increase of 1.2 per cent.

The good news is that despite sales declines in the manufacturing industry in 2012, employment within the same industry has actually seen increases. Rising 2 per cent in May, 2012 has seen and overall increase of 4.5 per cent since January rising to 1.8 million employees.

To differentiate the industry between provinces, manufacturing sales saw decreases in four, led by Ontario and Alberta which saw the largest declines. These declines were due to petroleum and coal products sale decreases while Ontario saw increase in aerospace and motor vehicle industries that offset the issue.

In inventories, the market saw an increase of 2.1 per cent in May totalling $66 billion. This total brings inventories to its highest level since January 2009.