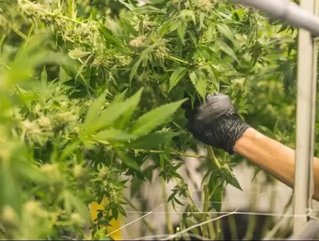 At the end of 2017, approximately 2,400 people were employed by licensed cannabis producers across Canada, according to Statistics Canada.

The figure rose to 3,500 people in mid-October 2018, following the legalisation of the drug, claims BMO Capital Markets.

Eight of the largest cannabis companies in Canada are currently recruiting for approximately 1,700, Bloomberg reported.

Employment in the sector is expected to continue to expand as production facilities grow larger.

“We’re going to see a lot of R&D positions and a lot of science-based positions around extraction and formulations,” stated Alison McMahon, Founder and CEO of Cannabis at Work.

McMahon has predicted that around 125,000 during the first year following the ruling.

More high-tech jobs are forecast to be generated from the use of automation in the cannabis industry.

The biggest licensed producer of cannabis in Canada, Canopy Growth Corp., is aiming to fill around 1,200 positions, with jobs spanning from Destruction Lead Hand to Soft Gel Encapsulation Manager across several provinces.

Aurora Cannabis Inc. has increased its employment from 35 members of staff in March 2016 to 1,700 people at current.

“We’re bringing in people from mature industries who probably wouldn’t have considered a career in the cannabis business two years ago,” explained Cam Battley, Chief Corporate Officer, who joined Aurora in March 2016.