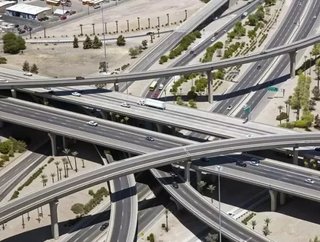 With cities and major metropolitan areas all across Canada growing by the minute, urban mobility is more important than ever before.

That's why city planners and government officials are focusing their sights on more efficient transportation.

Here are just a few ways Canadian cities are handling the issue of urban mobility:

Transportation congestion is a major concern for cities not just in Canada, but all across the world. Canada's metropolitan populations are expanding rapidly and city planners are doing all they can to put urban mobility in the front seat.

According to Statistics Canada, nearly 7 out of 10 Canadians live in the country's major cities, which are well more than 24 million people.

Without an urban mobility plan in place, Canada's largest cities would quickly become overrun with traffic.

To avoid this scenario, city planners are increasing the population's transportation options.

As the following article looks at, when it comes to how designers approach urban mobility problems, the most popular solution in Canada is mass transit.

Also known as rapid transit, many of the larger cities in Canada turn to dedicated transit systems that can move a larger number of people more efficiently.

To help with the environmental impact of mass transit, the government is implementing clean-burning mass transit vehicles such as city buses that run on propane as well as solar powered railway stations.

A large majority of the urban congestion in Canadian cities comes from people driving to and from work. With that said, city planners have come up with a simple solution to this urban mobility issue: carpooling.

By implementing car pool lanes into existing highways and inner-city roadways, some of the largest cities in Canada are drastically cutting down on rush hour traffic.

In order to help improve urban mobility and the environment, Canada's major cities are also adopting sustainable transit. This type of transit uses emissions-free forms of transportation, which include bicycling and walking.

Walking is one of the best ways to cut down on transportation congestion in major cities; however it's not always fast or convenient. That's why city planners are installing public bike share stations in cities such as Toronto and Vancouver.

From mass transit to carpooling and sustainable transit, it's plain to see that Canada is increasing its urban mobility efforts.

About the Author: Adam Groff is a freelance writer and creator of content. He writes on a variety of topics including transportation and the environment.