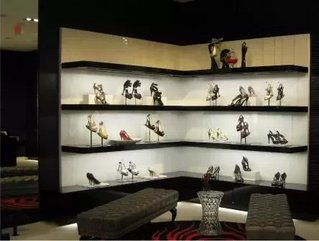 Throughout Canada and on a global scale, businesses have been facing a large economical crisis, one of the biggest in decades. But some companies have been savvy enough to not only avoid the  crisis, but withstand it and even grow in spite of it.

On a yearly basis, Profit 200 compiles a list of the nation’s fastest growing companies. An authoritative ranking of Canada’s top 200 private and public companies, it has compiled a list that is comprised of results from its annual survey, of which this is its 23rd. Each firm is ranked by their percentage sales growth over the past five years, therefore for 2011, companies had to reveal gross revenues from 2005-2010. The following are those that made the top of the list.

A leading in-store media solutions company, Mood Media uses a mix of music, visual and scent media to help clients communicate with consumers and increase sales at the point of purchase.  The Toronto based company, which had only seven employees in 2005, grew to 880 employees in 2010.  Increasing its revenue from less than $200 thousand USD in 2005 to $144.9 million USD in 2010, Mood Media is clearly one of Canada’s fastest growing companies. A big chunk of its extreme growth can be attributed to strategic acquisitions. Moving at “100 miles an hour” this is the first year Mood Media has been on the Profit 200 and graces the list as the number one fastest growing company.

Founded by a group of top mortgage industry professionals, Pacific Mortgage group is a successful mortgage broker network that is portrayed under the brand myNext Mortgage Company. Its network of 1,085 mortgage brokers in 2010 helped secure homebuyers almost $6 billion in financing. Growing from  $229,000 in 2005  to a $55.4 million revenue company in 2010 shows the extreme growth that Pacific Mortgage is engaged in. An approved lender with the largest Canadian mortgage insurer, Canada Mortgage and Housing Corporation, its lender status offers products that meet a broad range of mortgage needs. This is Pacific Mortgage Group’s first year on the Profit 200 and is ranked as the second fastest growing company in Canada.

Avigilon, a manufacturer of award-winning high definition surveillance systems, is also one of the top growth companies on the Profit 200. A performance and value leader, Avigilon deploys its systems in locations including retail checkouts, prisons, border crossings, casinos and condo towers. Growing from less than $200,000 annual revenue in 2005 to $32.3 million in 2010, it is clear Avigilon is here for the long run. Protecting and monitoring thousands of customers’ sites in more than 60 companies around the world, Avigilon is becoming well known as a security leader and has won awards for new product innovation. Avigilon is ranked by Profit 200 as the third fastest growing company in Canada.

An innovative software provider that delivers measurable improvements for its customers, Varicent Software  offers industry-leading incentive compensation and sales performance management solutions. With customers from a wide variety of key industries, Varicent has a strong worldwide presence and robust network for customer support. Its software innovations have taken Varicent from  $237,000 annual revenue in 2005 to $30 million annual revenue in 2010. Helping customers align incentive plans of sales people with strategic goals of their companies, Varicent provides the world’s most comprehensive compensation software solutions. Gracing the Profit 200 list for a second time, Varicent is ranked as the fourth fastest growing company in Canada.

These Canadian companies clearly have learned what it takes to survive in the business world. All coming from separate industries, these companies have clearly fought hard to stay ahead of the game during these hard times and employ countless measures to add to their competitive advantage. One thing is clear, if these companies can do it, why can’t yours? It just takes the right incentive and business practices to put your company on the map.