Canada’s Most Notable People and Events of 2014 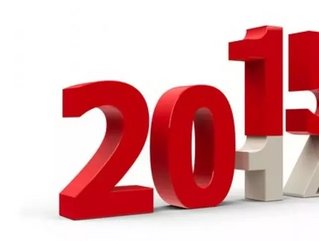 As 2014 comes to an end, we would like to take a few moments to reflect on some of the most notable people and events featured in a variety of stories on topics that defined the year.

In October we mourned the shooting and killing of Nathan Cirillo, a soldier on ceremonial duty at the Canadian National War Memorial, by Islamic convert Michael Zehaf-Bibeau. Following the murder, Zehaf-Bibeau attacked the Parliament building, where he was cornered and killed following a shootout.

After a big win in provincial elections, it seems that the Liberals are also doing very well in the federal polls. There are speculations that suggest third-party leader Justin Trudeau actually has a shot at forming a government after the October 2015 election.

The 46% drop since June in crude prices has prompted energy companies such as Husky Energy Inc. and MEG Energy Corp. to reduce their investments. The lower oil prices are also causing governments to recalibrate their projections on what profits oil can bring. Other industries like retail, banking or the housing industry may suffer from dampened demand. This may lead to lower GDP growth and higher unemployment in our oil-rich province.

The Conservative government allocated a few tax cuts this fall in anticipation of a surplus budget. Harper government's tax cut measures come into effect Jan. 1. According to Canadian Taxpayers Federation, the Family Tax Cut, along with changes to the Universal Child Care Benefit, will provide substantial tax savings for families with children.

Keystone XL pipeline, which would stretch from Alberta, Canada, to the Gulf of Mexico, is at the center of a years-long, contentious debate among politicians, energy companies and environmentalists. The Harper government has been lobbying Washington for years to approve the contentious pipeline that would carry 830,000 barrels of oil to the Gulf of Mexico. However, the Obama administration has delayed on the Keystone XL oil pipeline for six years due to pressure from environmental groups who oppose Canada's exploitation of its oil sands because of its supposedly harmful impacts on the world's climate.

Chief Justice Beverley McLachlin seemed to get the better of Prime Minister Stephen Harper this year. Her court ruled that the Prime Minister was offside of the law when he tried to name semi-retired federal appellate judge Marc Nadon to the Supreme Court.

2014 saw the largest outbreak of the deadly virus since it was first discovered in 1976, with the World Health Organization estimating the death toll to be over 7,500 and the number of cases detected to be nearing 20,000.  In August, NewLink, Ames-based pharmaceutical company, received a $1 million contract from the United States Defense Threat Reduction Agency to bring its Ebola vaccine closer to human trials. NewLink has since partnered with New Jersey-based pharmaceutical company Merck to help research, develop, manufacture and distribute the vaccine.

In 2014 we welcomed a record number of new citizens to the country. Citizenship and Immigration Minister Chris Alexander says more than 260,000 people became new Canadians during 2014.

In May Investors Group stunned us with what appeared to be the deepest discount in Canadian history on a floating rate loan, offering a deal that takes an effective mortgage rate down to 1.99%. The company offered 1.01 percentage points off its prime rate of 3% for a variable rate mortgage. The borrowers were offered the rate for a 36-month term.

According to the national weather agency, Snowfall records were set in Windsor, Ont., Kenora, Ont., Calgary, Red Deer and a few other cities. It was also the winter where dense Arctic air moved much farther south than normal.

In September Jian Ghomeshi departed his post at CBC's popular radio show Q. By late November, a number of women had come forward with allegations, and, Ghomeshi was formally charged with four counts of sexual assault. Ghomeshi has plead not guilty to all charges.

We were moved by Torontonians’ generosity when Alberta’s identical triplet boys required treatment at one of Toronto’s hospitals. Mason, Thomas and Luke Low, who were all diagnosed with retinoblastoma, a rare form of eye cancer, were to receive treatments at the Sick Kids Hospital in Toronto.  After their parents posted an online plea for temporary housing in the city, in just over 36 hours they received more than 500 emails from generous Torontonians offering accommodations.

After the deadly attacks on the National War Memorial and Parliament Hill in October, dozens of people came together in Cold Lake, Alta., to clean up a mosque after it was vandalized and the words "Go home" were written multiple times across the outside of the building in red spray paint. During the cleanup, volunteers put up new messages that read, “You are home” and “Love your neighbors.”