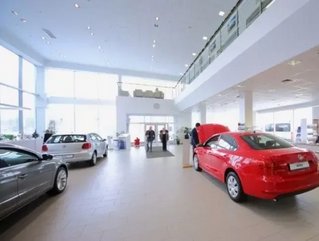 Car dealerships all across Canada are doing all they can to drive up sales for the first quarter of 2015.

Although Canada offers many of the same makes and models as its neighbor to the south, the auto market in the Great White North is much different.

Here is a look at how the Canadian auto market is doing as well as what consumers face when buying a new car:

New car sales across Canada have been on a slow but steady increase since February of 2014.

This is great news for the country's automobile market as well as Canadian dealerships.

When compared to first quarter sales from 2014, this year's sales have already increased by 4.1%.

Based on the numbers above, it's important to know which manufacturers and car dealerships are experiencing the most sales.

As the following article looks at, car loans in a rough economy are having an impact on the road to recovery.

The question is, which manufacturers are driving up the most sales?

Although January is only the beginning of the first quarter, the first month of the year is usually a pretty good indicator of first quarter sale projections.

Other notable mentions are Honda, Nissan, and Chevrolet, which have all had sales over the 5,000-unit mark.

What Consumers Can Expect When Buying

The Canadian economy didn't get through the economic decline unscathed. One of the hardest industries hit was the auto industry, which had far reaching affects even in Canada.

As a result, Canadian car shoppers can expect competitive interest rates and lower down payments than usual when buying a new automobile.

Likewise, Canadians can also expect better end of the year sales due to the fact local dealerships are anxious to sell their current inventories and make room for new models.

Because the auto market in Canada is projected to improve based on first quarter sales, it decreases negotiating room when buying a new vehicle.

Car buyers should create a short list of their top vehicles so they have something to fall back on if a particular dealership isn't willing to budge on price.

In addition, it's important for car buyers to be fully aware of current interest rates.

Based on the first quarter numbers and manufacturer buying trends above, it's plain to see that auto sales in Canada will continue to drive forward.

About the Author: Adam Groff is a freelance writer and creator of content. He writes on a variety of topics including global auto sales and vehicle manufacturing.