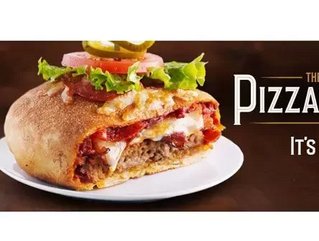 Canadian brands are jumping on the April Fools Day bandwagon by playing pranks on customers through announcements of new products, changing menus, and easier transportation rules.  Reaching out to customers on the Internet, brands such as WestJet, Lululemon, the Toronto Transit Commission and Boston Pizza have launched their April Fools joke with some making the prank obvious, while others acting as if it isn’t a hoax at all. Business Review North America has found some of the best pranks below:

WestJet announced today its plans to ease up on pet restrictions in the cabin. Understanding that each pet is a part of one’s “furry family,” the airline is allowing any type of animal to travel in its cabin as long as it fits safely aboard the plane.

"We recognize that a growing number of families want to travel with their 'extended' family and we are proud to be the first airline to offer this type of service," said Richard Bartrem, WestJet's Vice-President, Communications and Community Relations.

LuLulemon announced today its new product line lululeather, perfect for every day active wear. Lululemon has partnered with local cattle famers to create athletic leather wear including a lululeather yoga mat and yoga/mediation pants. All products of the lululeather line are locally sourced and made from cows within a 100KM radius of the store. The “Cowabunga pant” is $284 CAD while the “Moomat” is priced at $208 CAD. Lululemon is excited about the line and thinks it will offer a great connection from farm to studio.

The Toronto Transit Commission announced today its new “personal car”, a car in which Toronto commuters will have their own personal space in which they are able to do whatever they want, from eating dinner and clipping toenails to taking up extra seats and blasting music.

Boston Pizza felt the need to get back to its pizza roots and has announced the ban of buns from all locations in an effort to find new ways to use its pizza dough. Although the ban was a part of its April Fools Joke marketing campaign, its new product  Pizzaburger, a bacon burger wrapped in a pepperoni pizza, is the real deal. It does not look likely that the PizzaCake, Pizza Salad or PizzaBeer will be debuting anytime soon.