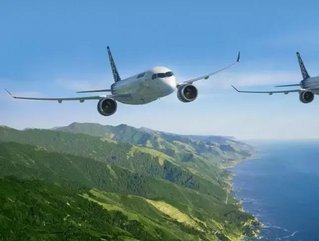 The Canadian government and Bombardier have announced significant investment plans to strengthen leadership in aerospace.

The aerospace industry is one of the most innovative industries in Canada, and it provides over 211,000 quality jobs for Canadians and $28 billion annually in GDP to Canada's economy.

Announced last week, the government will provide $372.5 million in repayable contributions to Bombardier. This funding will be provided over four years and will support thousands of good middle-class jobs, strengthen the long-term competitiveness of Bombardier and help to build the aircraft of the future.

As the nation's largest aerospace company, Bombardier supports thousands of jobs in design, engineering and manufacturing through its nation-wide supply chain of companies.

This initiative will fund research and development for the new Global 7000 business jet and ongoing activities related to the development of the company's C Series aircraft.

The government of Canada has a long-standing relationship with Bombardier, Canada's biggest private sector investor in research and development activities. These activities strengthen the skills and knowledge of Canadians working in the aerospace sector, and they lead to new manufacturing platforms that position Canadians working in the sector for the jobs of tomorrow. The resulting benefits enable Canada to maintain a competitive position in the global supply chain that forms the aerospace sector.

The Honourable Navdeep Bains, Minister of Innovation, Science and Economic Development, said: "This contribution from the Government of Canada will secure the highly skilled, well-paying jobs for middle-class Canadians who work in the aerospace sector. It will also ensure that Canada has a strong, stable and competitive aerospace industry, which is a major driver of economic activity and innovation across the country. Bombardier plays a vital role, both as an anchor employer and an innovation leader. The Government of Canada is proud to invest in research and development activities that secure Canadian jobs, while enabling Bombardier to grow as a globally competitive company for years to come."

Alain Bellemare, CEO, Bombardier, added: "We welcome the continuing partnership with the Canadian government. The repayable contributions announced today will help to ensure that Canada remains at the centre of Bombardier's research and development activities, which are focused on developing the most efficient, reliable and environmentally friendly aircraft in the world. While we compete globally, we are proud of our Canadian home, our heritage and our position as one of Canada's leading high-technology manufacturers and employers."