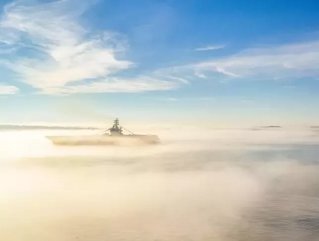 In a statement released on 19 October, the Canadian government announced that it has selected Lockheed Martin Canada as its preferred designer of its new fleet of warships
Lockheed’s bid was selected as the result of a strenuous evaluation process. The contract will be awarded this winter, with Lockheed set to undergo due diligence over the coming months, and construction is planned for the early 2020s.
The statement said:
“The Canadian Surface Combatant project is the largest, most complex procurement ever undertaken by the Government of Canada.
“These ships will form the backbone of our Royal Canadian Navy and will be Canada’s major surface component of maritime combat power for decades to come.”
See more:
CTV reported that the project will cost the Canadian government CA$60bn, and that it is “the largest and most expensive military purchase in Canadian history”.
Lockheed Canada released a statement on 20 July this year stating that it had submitted its final proposal for the Canadian Surface Combatant project “after four years of investment developing a solution.”
The warship design is based on the Type 26 frigate, according to CTV, which it added is only currently commissioned by the UK government and has not yet been used on any operations.
Lockheed’s July statement detailed the suitability of the vessel to Canada’s navy:
“Purposely designed for high-end anti-submarine warfare and capable of performing a variety of missions in any part of the world, the Type 26 is acoustically quiet, versatile, highly survivable, allows for the greatest margins of growth for future modernization, and, unlike other 10 to 15-year-old designs, minimizes obsolescence risk as a “bow-to-stern” digitally designed warship.”
CanadaLockheed MartinMilitarygovernment
Share
Share