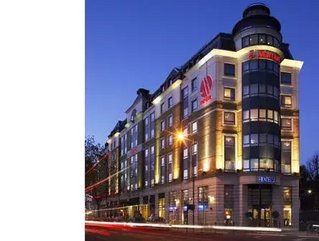 MINA Holdings LLC is growing its European presence with the attempted acquisition of 42 Marriott® Signature Branded hotels in the United Kingdom.
The hotels, which account for the majority of the UK’s 58 Marriott®-run hotels, are made up of over 7,800 rooms rated at 4-or-5 stars. As part of the Signature branding, the hotels include an array of leisure facilities, and often include an on-site spa, keeping the brand competitive.

The portfolio provides comprehensive coverage, including Central London properties, which are well placed to take advantage of the increased demand in 2012 due to the high volume of international events taking place in the UK.

The five London-based hotels include the County Hall, located on London’s South Bank near Westminster Bridge and in the heart of some of the city’s biggest tourist attractions along with hotels in the heart of Kensington, Regent's Park and the Marble Arch hotel near Hyde Park.
With these centrally located hotels, the portfolio is perfectly situated to take advantage of London’s Europe-leading occupancy rates and approximate 26 million annual visitors (2010). This acquisition could also lead to incredible profits from the upcoming 2012 London Olympics.

In addition to the London locations, the portfolio is highlighted by a variety of conference centres, upscale country club estates and hotels in key regional cities.

With tourism contributing an estimated £155 a year to the UK economy the breadth of the portfolio takes advantage of an increase in domestic tourism in the region.

The deal is expected to be the largest ever made by a Canadian-based company as MINA Holdings is set to purchase the hotels from Fawkes Holdings Limited, a subsidiary of Professional Ventures Corporation.

The hotels are operated, under contract, by Marriott® International Inc., for a further 25 years, whose name will continue to provide considerable financial support and global brand recognition.

Upcoming international events including the 2012 Olympics, the Queen’s Diamond Jubilee celebrations, 2014 Commonwealth Games and 2015 Rugby World Cup provide MINA with the opportunity to showcase the portfolio and country as prime tourist destinations.
MINA is an international owner, operator and developer of hotels and resorts across the globe and is committed to demonstrating performance excellence.