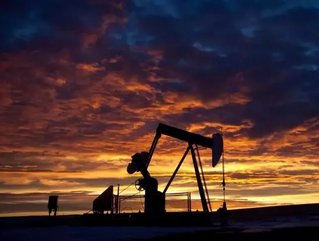 The dormant Joslyn oil sands project has been bought by Canadian Natural Resources for $225bn, Bloomberg reported
The Joslyn project has been on an indefinite hiatus since 2014, and is situated to the south of Canadian Natural’s Horizon oil sands mining project in Alberta.
French oil giant and Joslyn’s operator, Total, holds a 38.25% stake in the project. The sale of its share matches the company’s aims to reduce its Canadian oil sands enterprises.
Total’s chief executive, Patrick Pouyanné, said in a statement: “Reducing our exposure to Canada’s oil sands by selling this asset (Joslyn) is in line with our global strategy to focus our oil investments on low break-even resources and develop a resilient portfolio in the mid and long term”.
The agreement, expected to close on 28 September, will see Canadian Natural pay $100mn in cash upon closing the deal with additional payments of $25mn over the next five years.
See More:
Canada’s largest oil company, Suncor, holds 36.75% of the project, with Inpex Canada owning 10% and the Joslyn Partnership holding 15%.
The deal will see Canadian Natural take control of 100% of the project.
E&P reported that Canadian Natural sees the acquisition as a huge boon to their portfolio.
It said the project “adds significant value to the company’s already extensive portfolio of high-quality long life low decline assets and will allow for more effective lease-line development opportunities between the Horizon and Joslyn projects”.
oil sandsSuncorTotalInpex
Share
Share