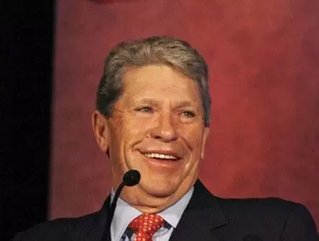 Canadian Pacific Railway today announced the appointment of Hunter Harrison as the company’s new President and CEO.  Utilizing his nearly 50 years of railroad experience, Harrison has previously been employed as CEO of rival Canadian National Railway and President and CEO of Illinois Central Railroad.

“Following a thorough CEO selection process, the Board of Directors has endorsed and appointed Mr. Harrison as CP’s president & CEO,” said Paul Haggis, CP’s chairman of the Board of Directors. “The Board welcomes Mr. Harrison’s experience and leadership to CP. We look forward to benefiting from his strong track record of service reliability, efficient asset utilization, and strategic capital expenditure.”

The appointment has been expected for some time.  Pershing Square Capital Management, CP’s largest shareholder, submitted a letter to CP Rail shareholders in April stating Hunter Harrison as thier nomination for CEO appointment.

“Hunter is recognized as a legend in the railroad industry due to his extraordinary turnarounds of Illinois Central and Canadian National from underperformers to the best performing railroads in North America,” said Pershing Square Capital Management in an official statement.

Harrison left CN Railway in late 2009 and has been in retirement for the past few years. Harrison is designated as the leader that brought CN Railways to its market leadership spot within the railway industry.

Upon hearing the news, CN Rail released this official statement. “We look forward to fair and rigorous competition with CP under his leadership. We know a healthy and productive CP is good for the rail industry and good for the economy,” said CN Rail to the Canadian Press.