The Canadian Parliament Seeks a New Usher of the Black Rod 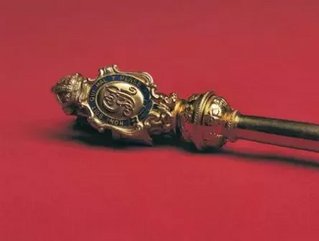 This position is the most senior protocol officer held in Canadian Parliament. Following the Sovereign and the Governor General, the Usher of the Black Rod fills the third longest continuously held state office in Canada. The origins of this position date back to 1348 under King Edward III and in Canada the office dates from the appointment of the first Gentleman Usher of the Black Rod to the Legislative Council of Lower Canada in 1791. In 1997, the word ‘gentleman’ was dropped from the title when Mary McLaren was appointed to the position. In observance to the Westminster Parliamentary tradition, the Usher of the Black Rod discharges his or her duties as personal attendant to The Queen when entering the Parliament Buildings.

Ceremony is a large piece of this position. The Usher of the Black Rod leads the daily Speaker’s Parade to and from the chamber and directs all logistical, protocol, and administrative details relating to the official Parliament of Canada ceremonies. Such as: opening of Parliament, Speech from the Throne, and the Royal Assent. This person also directs an internal parliamentary committee, inclusive of security, communications, and protocol, logistical and other officials, from both chambers. The Usher of the Black Rod is responsible for Senate ceremonies as well as the organization and delivery of a number of other ceremonies that are held on an annual basis in the Senate Chamber. The User of the Black Rod has an important role in other events held in the Senate Chamber such as the installation of Governors General and liyings-in-state.  He or she is, therefore, ultimately responsible for the effective execution of the ceremonial functions of the Senate of Canada.

The job description describes that the ideal candidate should posses a degree from a university or an acceptable combination of education and job-related experience. He or she should have experience in managing projects and staff as well as success coordination protocol, logistics, and administration for ceremonial events and programs. Having a good understanding of legal, historical, and cultural conditions of parliamentary institutions in Canada and abroad, is required. Understanding the Canadian parliamentary system, legislative processes and the constitutional mandate is essential. Knowledge of ceremonies that are a part of Canada’s parliamentary heritage, current political agenda, current legislative initiatives, and current domestic issue would be considered an asset to this role. This person should be an engaging team builder, hold high ethical standards and integrity, sound judgment, great communication skills both written and orally in both official languages.

Further details about the Usher of the Black Rod and the roles and responsibilities of the position can be found on the Senate of Canada web site at http://sen.parl.gc.ca/portal/usher-e.htm.