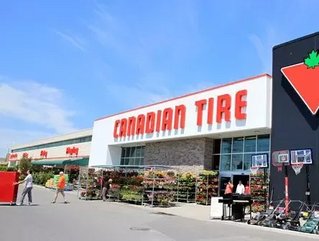 Partnering with the Canadian Soccer Association, Skate Canada, Hockey Canada, Alpine Canada Alpin, Canada Snowboard and the Canadian Paralympic Committee, Canadian Tire hopes this commitment will inspire Canadians and promote a healthy and active lifestyle with participation in sports.  Canadian Tire also specified that Canadian Tire would be entering into new sponsor agreements, to be announced in 2013, to support Canadian athletes.

The second part of Canada's announcement today dictated that the Canadian Tire was also committing to supporting amateur sport “from the playground to the podium.” Its new grassroots “Learn To” series available through Canadian Tire will be developed with sport partners to allow more children the opportunity to participate in sports.  Sport Check and Sport Experts grassroots campaigns “Skills Development” will build on core skills to support amateur athletes when they participate in hockey, soccer, skiing and snowboarding.

These initiatives are an effort from Canadian Tire to inspire customers through the promotion of Canadian athletes year round in marketing and advertising across all retail banners including Canadian Tire, Sport Check, Sports Experts and Marks.

"At Canadian Tire, we believe in the power of sport to inspire greatness and change the lives of all Canadians. Our involvement in sport goes back decades and is part of our DNA.  From the products and apparel we bring to Canadians everyday in our stores to the local teams we sponsor in our communities, no other company gets sports like Canadian Tire," said Stephen Wetmore, President and CEO, Canadian Tire Corporation, Limited.  "Our companies embody the spirit of our best athletes, we have championed the ideals of sport and we have earned the right to be associated with the highest levels of sport in Canada."