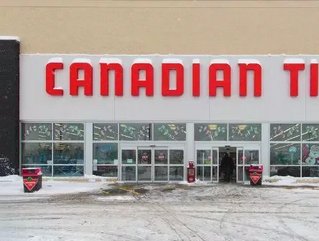 Canadian Tire, well-known for its aisle of products that range from tires to outdoor furniture sets, is about to reveal a scaled-down version of its massive self, as the retail giant prepares to compete for urban shoppers looking for convenience.

The chain is launching its first Express urban store in a busy Toronto neighborhood. The new store is one-sixth the size of the standard big box suburban stores at only 6,100 square feet.

The company is hoping that even without space for its signature tires and other bulky merchandise, it will attract urban customers who are continuing to turn their backs on superstores.

The company struggles to hold onto customers who may be lured away with the “shiny new toy” mentality when presented with newcomers to the Canadian market like Target, which first opened its doors in March and plans to have 124 stores by the end of 2013. Canadian Tire is now tasked with developing new ways to stock and serve smaller store to generate enough business to stay open.

The company is aware that Express customers are likely to purchase fewer items than those customers who frequent Canadian Tire’s larger stores. The Express store on Danforth Avenue near Pape Avenue, which is previously known as Mark’s Work Wearhouse clothing outlet, does not have a parking lot, which is a harsh difference to the retailers other stores.

Canadian Tire will test four to six more Express stores next year and, if the stores are successful, envisions 40 to 60 in total. It aims to serve a growing number of consumers moving to city centers.