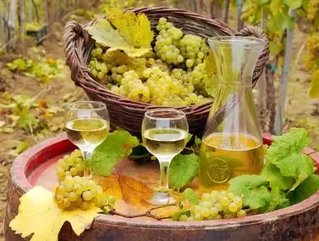 According to a BMO Economics’ special report, the Canadian wine industry is expected to see continuous growth over the next five years. This growth will be led by an aging population, a willingness from consumers to upgrade to more premium wines and more opportunities in the Canadian market, thus driving expansion.

"The Canadian wine industry has undergone a remarkable expansion over the past two decades," said Aaron Goertzen, Economist, BMO Capital Markets. "While the climate in Canada may prevent the sector from becoming an international powerhouse, its reputation on the international stage has grown, and Canadians are increasingly reaching for a glass of pinot noir instead of pilsner."

This upcoming growth isn’t something that’s particularly new. From 1995 to 2004, the Canadian wine industry grew an annual average of more than 11 per cent. More recent figures show growth as well. In 2011, the average Canadian adult purchased 22 bottles of wine, in comparison to an average of 13 in 1995.  Canadian-based wineries are benefiting as well as one-third of wine consumed in Canada is domestically produced. Finally, between 1995 and 2011, wine stole some of Canada's alcohol consumption market share rising from 18 per cent to 30 per cent. Beer, on the other hand, fell from 53 per cent to 45 per cent over the same period while spirits fell from 29 per cent to 25 per cent.

"There is likely scope for Canadian wineries to increase their exports of premium-priced products such as icewine, for which economies of scale are not as important," noted Mr. Goertzen. "While icewine is produced in relatively small quantities, its high value means that it already accounts for one-third of wine exports, and Canadian wineries are internationally renowned for this cold-climate product."

The growth the Canadian wine industry has seen will, fortunately, continue. BMO stated that Canada’s aging population, a stronger branding and marketing strategy, the increase of sophistication in consumers, an increase in wine bars and an increase in Canadian-produced wine opportunities in other provinces will benefit wine’s stance in Canada.