Canadians Prefer Online News, but are Unwilling to Pay 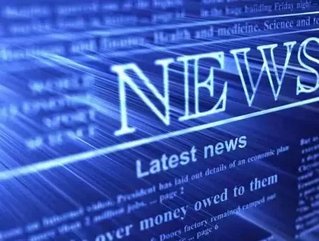 An online survey of 1,700 Canadians conducted by the University of British Columbia shows that Canadians prefer their online news to be free. This survey has been released less than a month after the New York Times’ trial run in campaigning to charge for online content.

81 per cent of those surveyed said they would not pay to read news online, while 90 per cent specified they would instead find free alternatives if their normal news websites started charging. These feelings are portrayed amongst all Canadians, as the survey found very nominal differences amongst age groups, education levels and locations.

“These results should give pause to any news corporations in Canada or abroad that are considering erecting paywalls around their content,” said Donna Logan, a professor emerita of UBC’s Graduate School of Journalism, lead author of Canadian Consumers Unwilling to Pay for News Online, in a statement.

“Online news consumers, long used to getting their news free when production costs were mostly subsidized by print and broadcast advertising, are balking at the idea of having to pay for content now that revenues are falling below the level needed to sustain media operations across various platforms,” continued Logan

If no free news alternatives were available, only 30 per cent of those surveyed would be willing to pay for news online. It was also found that Canadians would be more opposed to paying for online news than newspapers in general.

The survey results were released just after The New York Times introduction to Canadians of an online pay system launched on March 17th. “The New York Times is revered by many readers for its quality,” said Logan, “so if its paywall system defies the odds and succeeds, these findings suggest it would be an exception, rather than a model to follow.”

Overall, these findings show that Canadians have greater opposition toward paying for content than other news similar countries such as the U.S and the UK.