Is cannabis-infused beer the inevitable next step? 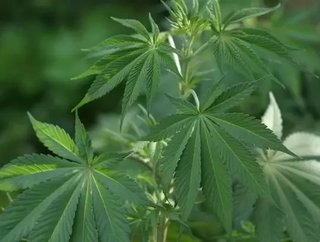 Marijuana has now been legalized across large portions of the US, creating new business opportunities which Constellation Brands – the company which sells Svedka vodka and Corona beer – aims to take advantage of.

According to Bloomberg, Constellation CEO Rob Sands said: “There are going to be alcoholic beverages that will also contain cannabis… we’re looking at it.”

Voters on Tuesday approved the use of recreational weed in Nevada, Massachusetts, California, and Maine. A fifth of Americans now live in a marijuana-legal state.

Becoming involved in cannabis could prove necessary for Constellation and Sands, as over half of its sales are due to Mexican imports, and President-elect Donald Trump is not only famously anti-Hispanic, but wishes to renegotiate the North American Trade Agreement. Whether or not this affects the company, in Sands’ own words: “Why wouldn’t big business, so to speak, be acutely interested in a category of that magnitude? If there’s a lot of money involved, it’s not going to be left to small mom-and-pops.”

Infusing alcohol with cannabis may be the way to bridge the gap between smoking weed and drinking. Pot has long been seen as a threat to the spirits sector, but according to the National Survey on Drug Use and Health, the amount of drinkers who also smoke weed has grown over the past ten years.

“People who are using cannabis may be disinclined to drink as much as they might have otherwise,” Sands said, “but maybe they weren’t going to drink in the first place… maybe the whole thing will work out synergistically.”