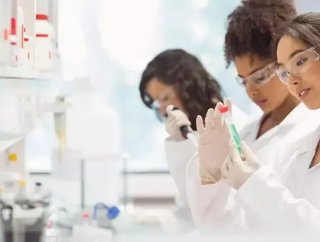 The creators of the popular politically-incorrect party game, Cards Against Humanity, have announced that a slot for their Science Ambassador Scholarship is now open to applicants.

The scholarship allows women studying science, technology, engineering, or math full tuition coverage for up to four years, in order to encourage women to go into these careers. The $950,000 trust is funded by Cards Against Humanity’s ‘Science Pack’ which is co-authored by Zach Weinersmith and Phil Plait. The pack can be bought from the Cards Against Humanity website for just $10.

College and high school students are eligible to apply for the scholarship, and applications require a three minute video to explain which scientific topic they are passionate about. The point of this is to raise visibility of women in science, and to give applicants the chance to prove their personal desire for their chosen topic.

Jenn Bane, Cards Against Humanity’s Community Director, said: “I’m so excited that we’re able to offer another scholarship for a woman studying STEM. A lot of us at Cards Against Humanity have backgrounds in science and tech, and the underrepresentation of women in these fields is staggering.

“Ask a kid to draw a scientist, they’ll draw a man in a lab coat, because science and math are historically male-dominated fields. Cards Against Humanity has a large audience, so with the Science Ambassador Scholarship we hope to help change the public perception of what a scientist looks like.”

All applications will be judged by a board of 60 professional female scientists, including representatives from NASA, Harvard, and the Smithsonian Institute.

The deadline for applicants is December 11th, 2016.