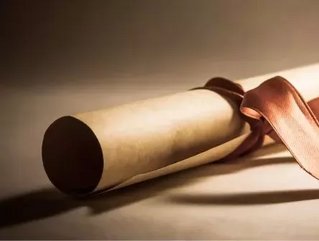 Does paying for a degree pay off? That's the question facing Canadian graduates at the moment, with the chances of getting a job related to their degrees a cause for concern.

Canada's overall unemployment rate stated static at 6.9 percent during October, while the unemployment rate in the neighboring United States fell. It's no wonder Canada's graduates and those working towards their degrees are wondering if it's worth the money they'll invest and the student loans they'll have to pay back.

So just how is the job market looking for Canadian students? And are there any particular fields that are more likely to lead to a job?

Youth unemployment grows - but a degree may help

Youth unemployment in Canada is a real concern, with statistics from earlier this year showing 13.6 percent unemployment rate among young people aged 15 - 24.

At a first glance it's easy to see why students feel disheartened by the current job climate; however it's worth noting that unemployment rates for those with post-secondary education are generally lower, indicating that college degrees can boost the chances of getting a job.

It seems that gaining a good education can have a knock on effect on wages too, with degree holders earning anywhere from 30 percent to 45 percent more than their high school graduate counterparts, depending on their degree.

The job market in Canada right now could be better, but it's fair to say that in general those with degrees do better than their counterparts.

Unfortunately, due to the conditions in the job market and the difficulty of finding a job in your chosen sector, this still translates to a hard slog when it comes to landing that post-graduate job opportunity.

Employers are seeing increasing competition for jobs, which means graduates are having a tougher time of it when it comes to getting that job. Many students are finding the best option for now is to move back home for a while to focus on finding a good job without the added stress of daily bills.

It's a short-term solution, and of course students are worried about the longer term solution. Some of it is out of their hands and depends on the state of the Canadian economy and job market moving forward.

Current forecasts show a cautious optimism about the Canadian job market going into 2014, with 13 percent of employers expecting to add jobs in the New Year, a 2 percent increase on October's figure of 11 percent. It seems that more jobs may be available as the New Year gets going, but are there particular fields which will help graduates find a job?

While it's true that any degree shows commitment and the ability to apply critical thinking, solve problems, and learn new things, those soft skills don't always translate directly into employment.

Evidence suggests that more specialized fields such as law and medicine are more likely to yield a job than less focused fields such as the humanities or arts, with a University of Manitoba study showing that engineering, dentistry, medical, finance, law and environmental science fields were those most likely to lead to employment success for graduates.

With job prospects in Canada overall looking set to improve next year, graduates may find life gets a little easier.

However, there's no doubt that competition for jobs will remain stiff, and prospective students would do well to consider fields where graduates are finding more success, rather than less defined fields that aren't leading to specific jobs.