CEOs Say Texas is Top US State for Doing Business 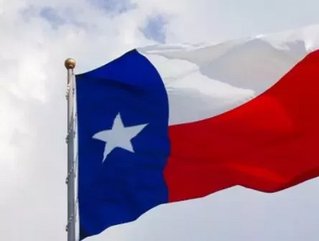 For the eighth year in a row, Texas has captured the hearts of CEOs participating in Chief Executive’s annual Best and Worst States Survey. The survey asked a group of 650 business leaders to assign grades to our 50 states in a variety of business areas, including quality of workforce, living environment and tax and regulation.

Texas can thank its business-friendly taxes and regulatory stances for its eight year sweep, but Chief Executive says that its workforce quality also received high marks and came second only to Utah’s.

“Between June 2009—which marked the official end of the recession—and July 2011, the number of jobs increased in [Texas] by 328,000,” says Chief Executive. “Nationally, the job growth in that time period was 697,000 according to figures from the Bureau of Labor Statistics. This translates to Texas jobs making up 47 percent of the national net job creation.”

On the other end of the spectrum, the state that came in dead last place has fallen into that spot for the past eight years as well. Once the Golden State both literally and figuratively, California’s business environment has lost its shine.

One third of the country’s welfare recipients reside in California, as the state harbors 12 percent of America’s total population.

“According to Spectrum Locations Consultants, 254 California companies moved some or all of their work and jobs out of state in 2011, an increase of 26 percent over the previous year and five times as many as in 2009,” says Chief Executive.

“CEOs tell us that California seems to be doing everything possible to drive business from the state. Texas, by contrast, has been welcoming companies and entrepreneurs, particularly in the high-tech arena,” Chief Executive Editor-in-Chief J.P. Donlon said in a statement. “Local economic development corporations, as well as the state Texas Enterprise Fund, are providing attractive incentives. This, along with the relaxed regulatory environment and supportive State Department of Commerce adds up to a favorable climate for business.”

At least Californians still have the lovely weather to keep them warm.