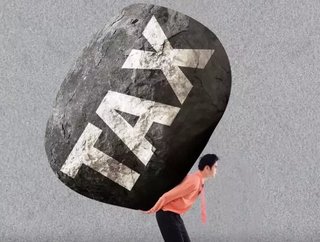 The Canadian Federation of Independent business (CFIB) is set to deliver 14,691 petition letters to MPs from business owners becoming increasingly concerned about increasing tax burdens that the government is placing upon them.

The wave of petitions coming through the CFIB, Canada’s largest association of SMEs, is the initial stages of fight back, with many independent business owners feeling unfairly targeted by new taxation initiatives.

“Small business owners have been slammed with increased payroll taxes, higher EI premiums, and new environmental levies – they feel like they’re being hit from all sides,” said Dan Kelly, President of CFIB.

“This is deeply troubling because it shows a growing disconnect between Ottawa and the small business community, the group this government is counting on for job-creation, innovation and economic growth.”

The federal government has failed to fulfil its election promise to lower the small business corporate tax to 9% whilst also proposing changes in the way that small businesses will be taxed in Canada.

If passed, the changes will include restrictions of income being shared with family members, hiked taxes on some investments and greater complications of passing businesses on to the next generation.

“In my 23 years of working on behalf of small businesses, I have not seen this degree of spontaneous outrage toward any other policy,” Kelly added.

“Tax experts are describing these proposals as massive changes with the potential to affect the majority of the 1.1 million small and medium-sized businesses with paid employees.”

As part of the Coalition for Small Business Tax Fairness, and with 109,000 members across every sector and region, CFIB will be hoping to use a unified voice to fight these latest proposals to protect the interests of SMEs across Canada.