China Will Do What It Takes To Protect Firms From U.S. 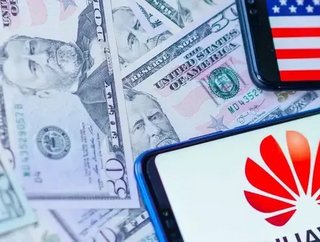 As tensions between the U.S. and China continue to rise, with further restrictions applied to Huawei, China is preparing to protect its businesses...

The Commerce Ministry of China said on Thursday that it is ready to take “all necessary measures” against the U.S. as the nation looks to continue limiting and restricting the business some of its biggest firms can do with the country.

On Monday, President Donald Trump’s administration increased the restrictions on Huawei that were initially announced in May. Huawei, an industry-leader of the telecommunications sector, is now unable to obtain semiconductors in the U.S. without a special licence. 38 Huawei affiliates from 21 countries have also been added to the economic blacklist of the U.S. government, as it looks to continue its crackdown on the company’s access to commercially available chips.

In a statement released on its website, the Commerce Ministry said “The U.S. side should immediately correct its wrong behaviours,” but provided no details on the potential retaliation that it may fire back at the United States of America.

The ministry believes that the U.S. has used state power, generalised under the umbrella term of national security, to continue its abuse over its control of export measures, whilst also suppressing and limiting other specific enterprises, such as Huawei’s affiliates, in other countries.

The ministry’s website update also added "This is a serious breach of free trade rules and a serious threat to the security of the global industrial supply chain, seriously damaging the welfare and interests of the people of all countries, including the United States."

The U.S Commerce Department has extended the restrictions on Huawei’s ability to obtain the chips due to security concerns, with a significant number of commercially available chips, even ones available outside of the U.S., being created using U.S. software and technology.

Since Huawei was first added to the Trump administration’s economic blacklist in May 2019, the total number of companies present on the list has now reached 152. China’s Foreign Ministry has expressed its disdain for the decisions made, believing that the decisions implemented have been made with no concrete evidence against companies, like Huawei, to justify the restrictions.

Zhao Lijian, a spokesperson for the Foreign Ministry, said that the U.S. has violated the international rules for trade, and has undermined and potentially even compromised global industrial chains.