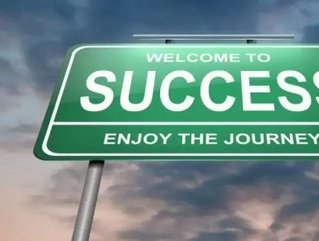 Raised in Vancouver, Godfrey Gao had high hopes of becoming a successful model. Standing at an impressive 6-foot-4, Gao began his career where he lived—Canada—but was only met with minor success. In British Columbia, he worked as a “living mannequin,” but wanted more. Therefore, with his Asian looks and ability to speak the native language, he made a business decision to transfer to Taiwan to further test his hand at modeling.

The Sweet Taste of Success

Gao’s risk paid off! Godfrey Gao was met with success in 2011 when he was hired by Louis Vuitton to become the designer company’s first Asian model, which in turn, made Gao the first Asian supermodel—ever!

Now 30, Gao is quite well known throughout Asia. He can be seen on billboards, bus ads, Chinese TV dramas, Mandarin-language feature films, and on numerous covers of fashion magazines, such as: Chinese GQ, Chinese Esquire, Men’s Uno Taiwan, and Men’s Club Japan. However, his Vancouver hometown hasn’t seemed to notice his success.

Though Gao admits that he has been recognized a few times in his Canadian country, the detection doesn’t compare to when he’s in Asia. He may be one of the most famous men to have ever hailed from Vancouver and was just recently named by the Canadian Tourism Commission as their spokesman for China, but when home, he doesn’t have to worry about the paparazzi. And he’s not the only one!

Because the Chinese entertainment market is so irresistible to Canadians wanting to break into the business, those who are familiar with the Mandarin-language have a head start on the competition. Therefore, success and fame can be found in Asia, but recognition in Canada is virtually nonexistent. Mark Rowswell is a leading example of this condition.

Known to Chinese audiences as “Dashan,” Rowswell was born and raised in Ottawa before becoming the host of a televised Chinese singing competition. He is now considered to be a famous Canadian who is unknown in his hometown. However, with the ability to speak fluently in Asian languages, launching a career in the entertainment business in Asia isn’t only popular, but smart.

A Change of Scenery

It’s quite interesting to see how a simple change of location can prompt fame and success. It doesn’t matter if you’re in the entertainment industry or perhaps choose another avenue of business—risks can be and often are rather rewarding!