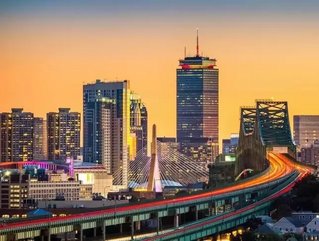 Welcome to Boston, a city brimming with history and culture, but powered by a nation-leading commitment to the medical, biotech and finance sectors.

The capital of Massachusetts, Boston is the largest city in the New England area of the United States, the 23rd biggest city in the country. Despite covering only 90 square miles, its 685,094 inhabitants make it one of the most densely populated areas in the United States, with a density of 13,841 people per square mile, according to World Population. The Greater Boston area is the fourth most densely populated region in the United States, only behind the New York Metro Area, Greater Los Angeles and the South Florida Metro Area. The population of Boston is affected heavily by the day-night cycle. Findings by World Population place 1.2mn people within the city limits during work hours and 2.0mn people in the city for special events. Due to its participation in several important historical events, Boston has a year-round tourism industry. One of the top 10 tourist attractions in the US, according to City Date, the city features almost 2,000 restaurants and 62 historical sites.

According to the Boston Planning & Development Agency Research Division, May 2018, Boston’s economy has been on an upward trajectory since 2013. Per capita income for residents of Boston stands at USD$40,000. In terms of unemployment, Boston’s rates are below the state and national averages. While the country’s unemployment rate currently stands at 3.7%, Boston’s has managed to stay below 3%. The city has seen its unemployment rate in steady decline since the 2009 high of 7.6%.

Starting in the late 20th century, Boston’s forays into the medicine, technology and higher education industries have turned it into a national leader. The largest industry in Boston is healthcare, which made up 18.3% of its job market in 2016, employing 144,957 people. According to the Boston Planning & Development Agency Research Division, its major industries are professional, scientific and technical services (with 12.5% or 98,933 employees), finance and insurance (11.5% or 91,323 employees), government (with 9.7% or 76,940 employees), accommodation and food services (7.9% or 62,609 employees), and educational services (7.5% or 59,414 employees).

Among the 10 largest employers in Boston, four are hospitals: Children’s Hospital, Massachusetts General Hospital, Brigham and Women’s Hospital, and Beth Israel Deaconess Medical Center. With regards to higher education, Boston has been ranked the 12th best student city in the United States, according to Top Universities, with 54 institutions in the greater metro area and three research universities in Boston itself: UMass Boston, Boston University, and Northeastern University.

Over the past few decades, Boston’s employment scene has shifted from the traditional labor-intensive job to those in technology and service. These changes have been facilitated by structural management. The Office of Business Development in Boston offers support for small businesses in the city, from facilitating loan acquisition to referrals, allowing them to thrive. According to the Boston Chamber of Commerce, there are over 40,000 small businesses in the city, employing 170,000 people and generating $15 bn in annual revenue. With the induction of the Innovation District into the South Boston Waterfront, Boston has become a hub of financial and research institutions and tech incubators. According to the Boston Planning & Development Agency Research Division, May 2018, companies that have been attracted to Boston include: General Electric, Reebok and Amazon, as well as many new cybersecurity and biotech startups. Strong in the financial and insurance sphere, Boston sees a large number of its residents working at State Street Bank, Fidelity Investments, Liberty Mutual and John Hancock.

Biotech in Boston is an up-and-coming industry. The Boston Planning & Development Agency Research Division suggest that Boston is one of the best locations in the United States to seek out a career in the biotech field. This is facilitated by the high concentration within Boston of research industries and high-end hospitals.

The Massachusetts Biotechnology Council (MassBio), a trade group, recently reported that the quantity of people employed within local biotech and pharmaceutical companies has had its largest year-to-year increase in a decade. This 6.4% jump means the state of Massachusetts offers over 74,000 jobs in the industry, with an average salary of over $138,000. MassBio reports that 18 of the top 20 drug companies in the country and all 10 of the top medical device companies have a presence in Boston. The last decade has seen the city build over 11mn square feet of lab space, bringing the total designated lab space to 28mn square feet.

As a result, the city hosts a yearly Biotech Week, which is designed to accelerate and celebrate the biotech industry. Biotech Week Boston is created in collaboration with the City of Boston’s Mayor Office, the Massachusetts Life Sciences Center, and MassBio. It takes place over three days, with over 300 exhibits and over 5,000 qualified attendees. Over 37 countries are represented in this event. 2020 will see the exhibition taking place between September 21 and September 24, at the Boston Convention and Exhibition Centre (BCEC).