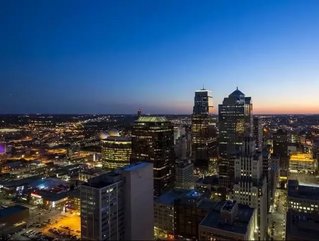 Business Chief takes a closer look at Kansas City, a busy and rapidly growing hub for innovative technology, the automobile industry and the federal government.

Kansas City is the largest city in the state of Missouri, USA. It is located on the Kansas-Missouri state line near the convergence of the Kansas and Missouri Rivers, historically making the city an integral trading and business hub for the midwestern states.

The founding of Kansas City

French fur traders, who travelled up the Missouri River from St. Louis in 1821, were the first settlers in what would become Kansas City. By 1850, the settlement was a prosperous trading post, acting as a terminus for the Santa Fe, California and Oregon trails, and was chartered as the town of Kansas after the Native American Kansa tribe. It became Kansas City under an 1889 charter to distinguish it from the territory of Kansas.

This distinction became particularly prevalent during the American Civil War, when the city became sharply divided due to its location on the border between Kansas, a slave state, and Missouri, a free state. It was the site of a decisive battle in October 1864, in which a Confederate army was forced to retreat by a Union army in the war’s last major battle west of the Mississippi River.

Kansas City’s growth was marked after it was reached by the railroad from St. Louis in 1865, and linked with the Hannibal and St. Joseph Railroad by bridge across the Missouri River in 1869. In 1870 a stockyard was opened, and Kansas City became a major cattle market and the centre of the meatpacking industry.

Throughout the 20th Century, Kansas City grew exponentially. Both world wars provided major boosts to the city’s economy; after World War II it annexed adjacent land, increasing its area more than fivefold. By 1970, the city’s population peaked at over half a million, then slowly declined before stabilising in the 1990s. It now has an estimated population of 491,918 in 2018, making it the 38th most-populated city in the United States.

Today, the city’s livestock-handling and meatpacking activities have all but disappeared, but it remains the marketing and shipping centre for a vast agricultural region encompassing the production of maize, wheat, soybeans and dairy products. It is a major distribution centre: Kansas City is one of the largest rail hubs in the country and an important trucking centre, and also has a port on the Missouri River and an international airport.

Services constitute the largest share of Kansas City’s economy, including government, healthcare, telecommunications and finance. There is also a notable manufacturing sector, with automobiles, greetings cards, weapons components and pharmaceuticals making up large parts of the city’s manufacturing economy, while tourism and research and development in agriculture are also prominent economic sectors. The federal government is the largest employer in the city, with more than 146 federal agencies maintaining a presence there.

A unique factor in Kansas City’s economy is a vast underground industrial park known as SubTropolis. Measuring a massive 55,000,000 square feet, SubTropolis is a repurposing of a limestone mine dug in the 1940s. It contains almost seven miles of illuminated paved roads and several miles of railroad track, and has trademarked the phrase World’s Largest Underground Business Complex.

Among the companies who lease storage in SubTropolis are the United States Postal Service for its collectible stamp operations, and the United States Environmental Protection Agency for its Region-7 Training and Logistics Center. The National Archives and Records Administration also leases space for a Federal Records Center.

Internationally-renowned greetings card manufacturer Hallmark is headquartered in Kansas City. Founded in 1910 by Joyce Hall, it is the oldest and largest manufacturer of greeting cards in the United States. The Kansas City headquarters employs 2,700 people, though the company and its subsidiaries has approximately 30,000 employees worldwide and generates revenues of approximately US$4 billion.

Ford Motor Company, though headquartered in Detroit, Michigan, operates a large manufacturing facility at the Ford Kansas City Manufacturing Plant in Claycomo. The Plant builds the Ford F-150, the most popular vehicle in the company’s F-Series of light and medium-duty trucks. Additionally, The General Motors Fairfax Assembly Plant, which employs over 2,400 people, is located in adjacent Kansas City, Kansas.

There are several large multinational tech companies with headquarters in Kansas City, including GPS technology giant Garmin, and telecommunications company Sprint. However, the inauguration of entrepreneur-led community Kansas City Startup Village in 2012 has been a catalyst for the growth of the startup ecosystem in the city, “facilitating co-learning and connectedness, engaging and supporting the community; helping bridge political, social, and economic boundaries across the state line; and encouraging innovation using next-generation internet speeds including Google Fiber,” according to Crunchbase.

One startup which is making waves in Kansas City is RiskGenius, an InsurTech company working to update and streamline insurance processes for the modern, digital world. RiskGenius utilises machine learning and automation to support insurance professionals, and “streamline the work of underwriters, brokers and everyone in between.” The company started as a claim solution in 2011, by former insurance attorneys Chris Cheatham and Doug Reiser, and the RiskGenius software product was launched in 2016. To date, RiskGenius has raised US$60.5 million over three funding rounds.

Another Kansas City startup which has gained traction is Pepper, which has created an operating system and delivery platform for the IoT, offering “a secure user experience coupled with extensible architecture.” Pepper provides enterprise partners with the opportunity to “launch scalable IoT products, experiences and services,” from basic single-function solutions to entire, rich and complicated systems, all while ensuring end user privacy and personal data protection. The company has recently announced a new strategic partnership with China-based Dahua Technology, which the second-largest manufacturer of surveillance cameras in the world and has the leading market share in surveillance in North America. Pepper was founded in 2014 by David Bottoms, Scott Ford, and Steven Bosch, and has raised US$11.5 million over four funding rounds.