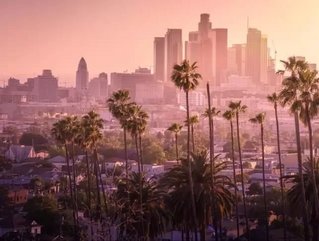 Home to nearly 4mn people and California's most populous city, Los Angeles is the heart of the country's thriving entertainment industry that spans from video games, film and television to music production and recording. Though the city's name is synonymous with these industries, its economy is also driven by sectors like tourism, international trade, fashion, aerospace, petroleum, apparel and technology. The Global Financial Centres Index ranked Los Angeles as having the sixth most competitive financial centre in the United States and the 19th in the world.

In 2017, there were 53 Californian companies on the Fortune 500 list. Of those, three call Los Angeles their headquarters and represent the diversity of businesses that call the ‘The Movie Capital of the World’ home.

A construction and engineering firm, Aecom focuses on building, designing, operating and financing infrastructure assets in over 150 countries around the world. Aecom ranked 161st on Fortune’s list.

Coming in at 214th on the Fortune 500 list, CBRE Group Inc. focuses on providing commercial real estate services that harness the power of the industry's best technology and intelligence.

Reliance purchases bulk metal from mills before processing and selling it to machine shops and other businesses. The company secured the 320th spot on the Fortune list.

An ideal location to open for business

When considering a location for a business, the metropolitan area of Los Angeles offers unique advantages that set it apart from other areas.

With nearly 10mn residents in Los Angeles County alone, the metropolis offers a ready-made market for a diverse array of services and products. Across the five-county area that includes Los Angeles County, as well as San Bernardino County, Ventura County, Orange County and Riverside County, there is a labour force of up to 9mn people. A large number of these possess at least a bachelor's degree.

As an international city, Los Angeles is well positioned to reach nearby markets such as Northern California, Nevada and Arizona. Destinations worldwide are easily accessible via the Port of Los Angeles, which together with the adjoining Long Beach port, is the western hemisphere's most important, and the key to trade with Pacific Rim areas and beyond.

Not surprisingly, Los Angeles offers dedicated resources for both advice and networking for companies hoping to extend their reach into international markets. The Foreign Trade Association is designed to foster, promote and encourage economic growth and international commerce worldwide – and in Southern California in particular.

The World Trade Centre Association Los Angeles is focused on bringing the talents of Los Angeles to the attention of the global market.

Businesses to watch in Los Angeles

The tech industry in Southern California spurred nearly $7bn in funding last year with startups launched, monetary support elicited from investors and top talent flocking to the region. Los Angeles County is home to some of the world's most innovative startups. Here are a few to keep an eye on for this year and beyond.

GOAT serves as a method of authenticating sneakers in order to weed out fakes. The GOAT platform enables sellers to list their sneakers and buyers to purchase authentic merchandise. It recently closed a $25mn funding round and is currently building its base team in Los Angeles.

Aimed at casinos, luxury residences and hotels, Keypr uses a cloud-based platform to transform both the guest experience and the hospitality industry itself. In 2017, Keypr raised $19mn in funding and added Mark Anderson, a former Fox and Sony executive, as its COO (Chief Operating Officer).

Local Roots Farms designs farms that are fully controllable, hyper-efficient and can fit neatly into a standard shipping container. Able to grow the equivalent of five acres of farmland, the Local Roots Farms platform uses vertical shelving to maximize space and provides farms with the technology to change their produce distribution methods to better suit their individual needs. The company is based in Vernon, California, which is just south of LA's downtown area.

Founded in 2014 by Brett Crosby, a former executive at Google, and Brew Johnson, a real estate attorney, the PeerStreet platform empowers investors to more easily invest in real estate loans. The company, which raised more than $26mn in funding, uses its platform to allow both institutions and people to invest in real estate-backed loans directly. Its numbers as of late 2016 are staggering: the company facilitated more than half a billion dollars in investments with no losses to investors. It also grew almost 300% from 2015.