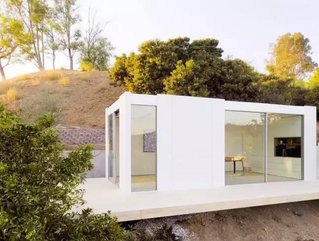 The United States’ second most-populated metropolitan area, Los Angeles County sprawls across more than 4,000 sq m and is home to in excess of 10mn people. The City of Los Angeles itself houses more than 4mn human beings, as well as the heart of the global entertainment industry, and home to Fortune 500 companies like CBRE Group, AECOM and KB Home. In 2017, the tri-county area of Los Angeles-Long Beach-Anaheim reached a collective GDP of more than US$1trn. However, while the average cost of living in the city is 48.2% higher than the national average, according to Kiplinger, median household incomes are roughly $3,00 below the US median point. This hasn’t stopped people flocking to America’s second city though, drawn by its cultural prominence and aesthetic of glamorous excess.

Famously, the principalities of the rich and famous, Los Angeles neighborhoods like Bel Air and Beverly Hills boast some of the largest, most expensive properties in the country. Complete with 12 bedrooms, 21 bathrooms, three kitchens and five bars - not to mention a spa and massage studio, fitness center and 85-foot infinity swimming pool - 924 Bel Air Road is comfortably the most expensive home on the market in the state today, with a $188mn price tag.

Luxury mega mansions aside, the Los Angeles property market is potentially fertile ground for real estate businesses. In December 2018, the median property price in Los Angeles was $879.5K, trending up 12.9% year-over-year, according to research done by Norada Real Estate. The city is also reportedly in the grips of a housing shortage. With this combination of high demand and an economically stratified population, there are several promising startups looking to harness the power of cutting-edge technologies to enable Los Angeleno home hunters.

Utilising artificial intelligence (AI) and machine learning (ML) solutions, REX Real Estate aims to help buyers and sellers bypass the expensive Multiple Listings Service process used by real estate agents, marketing houses directly to consumers. Founded in 2015, the startup is based in Woodland Hills, on the border of the Santa Monica mountains. Aiming to disrupt the traditionally expensive and sales-focused real estate industry, REX pays its agents larger salaries and incentivises them based on customer satisfaction, rather than the rapid closure of deals. Unlike traditional real estate brokers, REX charges a flat commission of 2%, rather than the usual 5-6%.

The company also has a strong sense of social responsibility; for every 50 homes sold, the company donates one to a family in need, building homes in Cambodia and Columbia.

For some, just buying a home isn’t enough; building one from the ground up to your exact specifications is all that will suffice. Since 2014, local tech and architecture startup Cover Technologies has been working to provide custom-designed and built ‘backyard studios’ to the residents of Los Angeles. Cover uses proprietary design software and a precision manufactured building system to deliver exceptional modern design, functionality, and energy performance, in a fraction of the time of traditional custom construction. The company’s software generates three custom designs in as little as three days.

Cover maintains the studios make for excellent short-term rental accommodation, studio space, home gyms, offices and of course, potentially cheap solutions for LA’s housing shortage. According to Forbes, Cover can deliver a 400 sq ft prefabricated structure between $120,000 and $160,000. In 2018, founders Alexis Rivas and Jemuel Joseph were named to the Forbes 30 Under 30 in Manufacturing and Industry list.

Decorating a house can be as much of a struggle as the process of buying one. For LA’s wealthiest residents, seeking out unique and valuable items is big business. Last year, just south of downtown Los Angeles, Andrew Jones opened the city’s newest auction house. A full service art and antiques auction firm, Andrew Jones Auctions celebrated its one year anniversary in 2019, according to a report by the Los Angeles Times. The two-day anniversary sale saw the house close deals amounting to $1.5mn, including a set of rare books by C.L.F. Panckoucke worth $220,000.

Jones, originally from the UK, has worked in auction houses since the age of 16 and has brought more than 40 years’ experience in the business to the endeavor. Like every industry, however, high end auctioneering has seen its share of disruption from the internet age. The Times reported that, at the anniversary auction, “in a sign of how much the auction business has changed, only 100 people attended in person and 1,935 participated online.”

“It was a little confusing, disorienting … It took about 20 lots for me to just remember that there were people out there,” remarked Jones. “The modern approach to auctioneering is embracing all the modern technology, understanding that the good old days as I recall them are gone, and you really have to be fully onboard with social media platforms.”