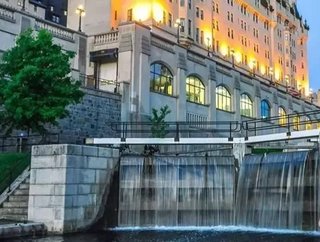 Ottawa is the capital of Canada, standing on the South Bank of the Ottawa River in the eastern portion of southern Ontario. With a metropolitan population of 1,323,783 as of the 2016 census, making it the fourth largest city in Canada. Founded under the name Bytown in 1826 and incorporated as Ottawa in 1855, it has expanded to become a national hub of trade, commerce and culture. The city is named after the Ottawa river which translates from Algonquin, meaning “to trade.”

It’s home to a number of post-secondary, research and cultural institutions, including the National Arts Centre, the National Gallery and numerous museums. It also holds the national record for the lowest unemployment, with only 5.9% of the population currently out of work. The city’s GDP growth Rate is 2.7%, the fourth-highest of any Canadian major city and provides an average gross income in the region of just over CA$40,000, up from 2018 by 4.9%, with the public sector being the largest employer in the region. Ottawa also has the highest concentration per capita of citizens holding PhD’s in Canada and plays host to two leading public universities, Carleton University and the University of Ottawa. This, combined with the draw from the high-tech industry in the region, makes for a highly skilled workforce with a solid income. All of this contributes to it being one of the highest-rated cities when it comes to its occupants’ quality of life, according to Mercer.

Ottawa was once, infamously, named ‘the town that fun forgot’ by Jonathan Allan Fortheringham and since the Greber plan was implemented in 1950, the city centre has certainly undergone a kind of sterilisation. Many services deemed disruptive to urban city life were decentralised and taken out of the city; factories, train stations and imposing high rise blocks were demolished or repurposed to make way for green space. Although this has seen Ottawa become the second cleanest urban space in Canada, it has distanced the population from the city itself, with many having long commutes to work. This reputation has begun to turn around though, as more small businesses are granted space in the city centre to bolster the social atmosphere and foster an environment of cultural and economic development.

During the 1990s and 2000s Ottawa became one of Canada’s largest tech industry led cities, nicknamed Silicon Valley North. Federally assisted research facilities like the National Research Council became major contributors to Canada’s technological revolution, pushed the city into the future as high-tech private companies surpassed the public sector to become the largest contributors to GDP in the region. In October 2012, the city council approved the final Lansdowne Park plan which would oversee the construction of a new stadium, as well as expanding green and residential spaces. Two Months later in December the council voted to move the completion date of the Confederation Line light rail service to September 14 2019, which was delivered on schedule. The rail line connects 13 stations with Ottawa’s city centre with a view to increasing this by a further 16 stations during its Stage 2 development. The project will have cost a total of $4.67bn across both stages of its construction, with Stage 2 aiming to be operational by 2025.

As a single-tier municipality, Ottawa is responsible for the running of all municipal services such as emergency services, parks, transportation, water and infrastructure and is governed by a 24-seat city council led by Mayor Jim Watson. As Ottawa is the national headquarters for many federal departments it isn’t beholden to any county or regional government. The public service sector, the largest employer across the city, is responsible for over 110,000 jobs and 18.2% of the city’s GDP.

Ottawa has 4 active general hospitals and a health sector responsible for 180,000 jobs and 7.5% of the cit’sy GDP. Specialised facilities in cardiovascular treatment, mental health and paediatrics combined with the National Research Council of Canada account for the growing life science presence within the city and Canada as a whole.

Ottawa’s has made strides to shake its reputation as ‘the city that fun forgot’. Hosting some of the country’s largest developing commercial and municipal powerhouses, with a population that is saturated with some of the best educated and most content workers in the nation. The city centre continues to open up to the wider region, with new rail lines bringing in consumers and a thriving commercial landscape keeping them there. The revitalisation of Ottawa has long since begun, with new objectives for education, technology and government coming to the forefront daily. There is always something on the horizon in Ottawa.

Shopify manages an e-commerce platform to rival the likes of Amazon. More than 800,000 businesses across 175 countries have signed up to use the platform, which grants traders ease of control over payments, marketing and customer engagement. With a growth of 2036% since 2014, and the recent acquisition of 6 River Systems to automate their warehouse operations, Shopify is set to continue their trend of exponential growth as it takes control of its own fulfilment network, empowering small business with the reach of gigantic retailers.

Martello Technologies, founded in 2009 have achieved a growth of 2,231% since 2014, making it the 28th fastest growing business in Canada. Through developing performance management software for communications systems, Martello ensures confidence in real-time business communication technology such as video conferencing and streaming. Its software is used in over 5,000 networks across 175 countries.