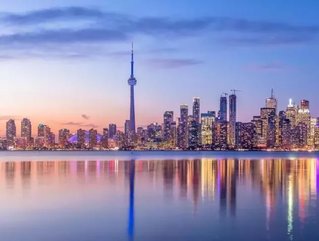 Situated on the northwestern shore of Lake Ontario, and with a population in excess of 3mn, Toronto is the capital and dominant city in its home province. Considered the financial capital of Canada, the city is host to the Toronto Stock Exchange, the third-largest exchange in the Americas. Its financial district – which revolves around Bay Street in the city centre – is considered in the top ten most competitive worldwide, playing host to all five of the country’s major banks. The oldest bank in the city is the Bank of Toronto, which was founded by a group of grain dealers and flour millers in 1855, merging 100 years later with the Dominion Bank to create the Toronto-Dominion Bank. According to a 2017 study by Standard & Poor’s, the financial institution is the largest bank in Canada by assets.

As a city with a proud tradition and place in Canada’s banking industry, Toronto is currently on the cusp of the next transformative stage in its own story. As North American metropolises bid to attract the world’s best technology talent, Avi Goldfarb, marketing professor and the Chair of Artificial Intelligence and Healthcare at the University of Toronto’s Rotman School of Management, believes that “an open immigration policy, friendliness to innovation, and the funding of the basic research decades ago that led to the breakthrough for using machine learning that everybody is talking about today,” are poised to place the city at the head of the pack. In September 2018, LinkedIn released its list of the Top 25 Startups in Canada – 18 companies on the list are based in Toronto, with the city claiming all but one of the top 10 spots. The writing is on the wall: Toronto is set to become the Silicon Valley of the Great White North.

According to a CBRE report released in July 2018, Toronto added more tech jobs than the San Francisco Bay area, Seattle, and Washington, DC, combined in 2017. Indeed, that year, the city created 28,900 tech jobs. In March 2019, the Penn State-sponsored radio show [email protected] hosted Goldfarb, who noted that employers in the city are finding the process of sourcing talent fast and simple, thanks to a favorable immigration policy and the availability of university talent. “If you make an offer, you can get somebody on the ground in your office potentially within a month, which is unbelievably fast,” he said.

Tech talent of the future

The city’s university tech talent pool has seen a series of major investments over the past few years, and the trend is expected to continue going forward. In March 2019, the University of Toronto, one of the oldest and largest educational institutions in the country with a student population of close to 90,000, announced that it had received CA$100mn in funding. The donation, made by Canadian entrepreneurs Gerald Schwartz and Heather Reisman, was the largest single investment in the university since its receipt of a royal charter in 1827, according to BetaKit.

The funding will reportedly be used to help build a new innovation centre to house the University’s AI research. The 750,000sq. ft complex will also be home to biomedical researchers, as well as its entrepreneurship network and student and faculty-led startups.

Present at the announcement ceremony was Geoffrey Hinton, famed computer scientist, the so-called “Godfather of Deep Learning” and chief scientific advisor to the Vector Institute - a highly-funded private institute dedicated to the commercialization of AI research. Hinton said, “I hope this centre will be the place that deep learning disrupts the humanities.”

New players in an old industry

The rapid growth of Toronto’s technology sector has proved hospitable to a new generation of companies working to disrupt one of the city’s oldest industries: banking. BetaKit reported in March 2019 that fintech startups in the Toronto-Kitchener-Waterloo corridor have seen significant increases in venture capital investment over the past five years. In 2018, the total funds invested in fintech startups reached $221mn spread over 25 deals.

The data, pulled from a report by Toronto Finance International, found that the city plays host to the largest fintech ecosystem in Canada, home at the time to “194 fintech companies, 19 venture capital firms, and over 20 incubators and accelerators”, accounting for 43% of all fintech companies in the country.

One such fintech is set to disrupt the way SMEs in Canada find financing, and recently took another major step towards making its mark on the city it calls home. Launched in 2015, Lendified offers short-term loans to small Canadian businesses, as well as offering customers tools for managing cash flow and advanced credit adjudication software to financial service providers.

In April 2019, BetaKit reported that Lendified raised $15mn in its Series A funding round in order to further support the company’s growth into the Canadian market. The round was co-led by WD Capital Markets and INFOR Financial, and saw funding from companies including CI Financial Corp., Windsor Private Capital and FirePower Capital.

Since its launch, Lendified has received in excess of $600mn in load requests. Processing these requests, among other functions, such as its underwriting process, is the company’s in-house SaaS platform, JUDI. Powered by AI, JUDI is a credit adjudication platform that allows users to quickly and accurately assess, price, and monitor credit risk.

“With this additional capital, we will continue building our lending activity within a marketplace experiencing significant adoption of digital lending by the SME sector in Canada - a segment we believe offers more than $5bn in lending opportunities,” said Kevin Clark, President of Lendified Holdings.

With the number of small businesses in Ontario on the rise, Lendified is set to take its place among Toronto’s increasingly indomitable fintech ecosystem.