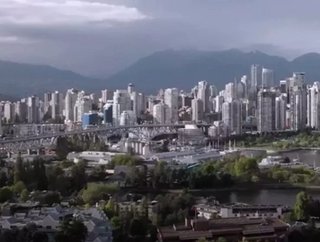 Business Chief explores Vancouver, and takes a closer look at what drives the economy of this unique location...

It has been estimated that, prior to European settlement, Canadian Aboriginal peoples occupied the area now known as Vancouver for close to 10,000 years. Following its exploration by Spanish naval officer José María Narváez in 1791, it was later toured by George Vancouver in 1792, after whom the city was eventually named. Despite being founded in the late 18th century, Vancouver was finally incorporated in 1886. Growing from roughly 1,000 people to 100,000 by 1911, the city has continued to grow ever since, and over 2.5 million citizens now call the Greater Vancouver area their home. The place of origin for Botox treatments, Greenpeace and California roll sushi, Vancouver’s history is written by the creativity and success of its people - Ryan Reynolds, Seth Rogan and Michael Bublé were born and raised there, amongst many others.

Formerly reliant on resources (oil, gas, gold, etc) and shipping, Vancouver’s economy has successfully transitioned to include technology, media, tourism, finance, aviation and myriad service-based companies. The Port of Vancouver is the largest in Canada and third-largest in North America by volume shipped per annum, whilst its cruise ship terminal ranks fourth-largest in the world. The total GDP of the city is US$136bn, with a GDP per capita of $39,914. Vancouver, particularly the West, contains some of the wealthiest neighbourhoods in the country: the average income per household ranges from CA$63,000 to $120,000, which could be accounted for by the abundance of movie stars and high-ranking executives who take up residence in the area. Vancouver has been dubbed as the ‘Hollywood in the North’ for its flourishing film industry.

Founded by internet entrepreneur Ryan Holmes in 2008, Hootsuite is a social media management platform that has transformed from an SME to a Fortune 500 company. Currently serving over 18 million customers, the company utilises its renowned expertise with the platform to build strong relationships, explore data that could contain potential transformative consumer insights and integrate the customer experience. Companies that trust Hootsuite to deliver them a next-level social media presence include Domino’s Pizza, General Electric and the British Museum.

It is estimated that 50% of the world (3.8 billion people) are now active social media users. Therefore, it’s likely that the services of Hootsuite will only continue to increase in demand. However, far from resting on its laurels, the company is constantly looking for innovative new ways of operating, such as its recent integration with Oracle Eloqua. "We've been using Oracle Eloqua for several years — having our social media efforts tied into our lead generation process through Hootsuite’s integration is going to provide a huge benefit of seeing customer and prospect brand engagement across our social channels," said Neil Tolbert, Director of Marketing Communications, in a press release.

The Port of Vancouver

Handling over 147 million metric tonnes of cargo per annum (worth CA$240bn), the Port of Vancouver requires over 115,300 staff to operate and contributes $11.9bn to Canada’s GDP. The port was established by the Government of Canada in 2008 to consolidate three separate port authorities: the Port of Vancouver, the Fraser River Port Authority and the North Fraser Port Authority. Covering a coastline area of 350km, the facility features 27 marine terminals and three ‘Class 1’ railroads, as well as a variety of services for the shipping community.

One of the premier telecoms companies in Canada, Telus has built a reputation for providing consistently fast internet speeds and well-managed overall customer experience. Set up in 1990 by the government of Alberta, Edmonton, the company later merged with BCTel in 1999 and relocated its operations to Vancouver. Telus is constantly seeking to improve its services and provides regular updates on its progress. New milestones so far in 2020 include reaching 75 Mbps 4G download speeds, introducing wireless services to all British Columbia communities with more than 1,000 residents and bringing internet to the Dunsmuir SkyTrain line.

Telus is currently seeking to expand its operations by raising $1.3bn in funds through a public stock offering on the TSX (Toronto Stock Exchange).

When in Vancouver, you must see…

The city will play host to the Canada Gas & LNG Exhibition and Conference between 12 and 14 May. Featuring more than 200 booths, seminars and conferences bringing together over 500 industry experts, the event is sure to be informative and instructive for those searching to find out how these two essential sources of fuel will shape the future of energy.

For those planning on sticking around until mid-summer, the 43rd Annual Vancouver Folk Music Festival will be held at Jericho Beach Park between 17 and 19 July. A cornerstone of local culture, celebrating the best in contemporary and traditional folk music and art, the 40,000 expected attendees will be treated to 40 acts from all over the world.