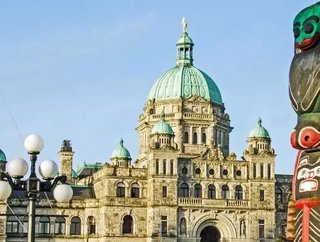 Business Chief explores the city of Victoria, the capital of British Columbia, to discover the temperate climate and technological prowess powering its continued success.

Victoria is the capital of Canada's British Columbia province. Lying on the southern coast of Vancouver Island, the largest island on North America’s western coast, it is located only 60 miles away from the larger Vancouver on the mainland. With a metropolitan population of 367,770 as of the 2016 census, it makes up over half the population of Vancouver Island but only about 8% of British Columbia as a whole. According to Statistics Canada, in 2013 the City’s GDP was CA$17.289bn, representing 8.15% of British Columbia’s total. Founded by the still extant Hudson’s Bay Company in 1843 as a trading post, the settlement was named after Queen Victoria, the reigning monarch.

With an early flowering season owed to its southerly position, Victoria is known as the City of Gardens. Spring temperatures are said to frequently reach 10-15 degrees celsius and the city has organized an annual flower count dating back to the 1970s. In 2019 the city proper counted some 19.95bn flowers. Aside from its wealth of flowers, the city has a number of formal gardens, with one of the more famous being Butchart Gardens. From the early 1900s, Jennie Butchart transformed what had been a quarry into a garden spread over 55 acres. With 900 varieties of plants tended to by 50 gardeners, the gardens see over a million visitors per year.

The city is also well known for its student population, stemming from its two universities: the University of Victoria in Oak Bay and Saanich and Greater Victoria and Royal Roads University in Colwood, Greater Victoria. The former traces its founding back to 1903 when Victoria College was set up in close association with Montreal’s McGill University. Royal Roads University was founded in 1995, succeeding the Royal Roads military college on the same location. The university maintains a close association with the Canadian Forces. A number of colleges are also present in the city, such as the community college Camosun and Victoria College of Art.

Online bookseller AbeBooks was founded in the city in 1995. An online marketplace, it also sells fine art and other collectables through the service, connecting independent sellers to buyers. Initially partnering with Amazon and others to sell through their channels, in 2008 the company was acquired by Amazon and remains a subsidiary to this day. Employing between 50 and 200 people, the company is located in the Victoria West area of the city.

Interface designers MetaLab have worked with some of the world’s largest companies on their applications. It has worked on the Uber Eats platform, the Amazon Photos app and helped to design Slack from the ground up. Located in Victoria’s Downtown area by the harbor, it was founded in 2006 and employs between 50 and 200 people. Other clients have included the likes of Disney and Google.

Located on an island, Victoria has always relied on ferries to connect it with the mainland. Initially serviced by private organisations, in 1960 a crown corporation known as BC Ferries was set up, and in 2003, the BC Government announced that BC Ferries would be reorganized into a private corporation with the Crown as the sole shareholder. Located in Downtown Victoria, the company reported its 2017 revenue as CA$859mn (US$657mn).

In recent times, the city has become known for a growing prominence in the technology sector. A report by the Victoria Innovation, Advanced Technology & Entrepreneurship Council and the University of Victoria said that in 2018 the tech sector had a $5.22bn annual economic impact in Greater Victoria. 955 local technology companies had a combined annual revenue of $4.06bn, employing 16,775 people directly. As reported in the Times Colonist, the study predicts there will be more than 1,000 tech firms in the region by 2020, with the sector targeting annual revenues of $10bn by 2030.

Upcoming events in the city include the Giant Screen Cinema Association 2019 International Conference and Trade Show on 10-13 September at the Victoria Conference center, as well as the Office of the Chief Information Officer 6th Annual OCIO Connect Conference on 3-4 October at the same location. With its temperate climate, good transport links to the mainland and nearby Vancouver and Seattle, and an ever-growing technology industry of its own, Victoria is undoubtedly an attractive prospect from whatever angle one looks at it, be that living, study, travel or work.