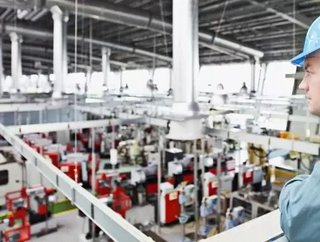 ITIF, a leading tech-policy think tank, finds in a new report that trade pressure and faltering US. competitiveness was responsible for more than two-thirds of the 5.7 million manufacturing jobs lost between 2000 and 2010. And rather than entering a “fourth industrial revolution,” US. manufacturing productivity growth is actually near an all-time low. In light of these facts, ITIF concludes that U.S. policymakers should aim to close the country’s trade deficit in manufactured goods by fighting foreign mercantilism and pursuing a national competitiveness agenda that hinges in part on boosting manufacturing productivity rates. The report estimates that successfully closing the manufacturing goods trade deficit this way would create 1.3 million jobs.

“We keep hearing from economists and pundits that the United States has lost the bulk of its manufacturing jobs to automation, so there’s nothing we can do to get them back. But that’s simply not true,” said Adams Nager, ITIF’s Economic Policy Analyst and the report’s author. “It’s time to stop blaming manufacturing job losses solely on robots and start recognizing the impact of America’s lagging competitiveness and other countries’ unfair trade practices. The good news is there’s something we can do about both issues. If policymakers focus on rolling back foreign innovation mercantilism, especially in China, and develop a robust national competitiveness and productivity agenda, then America can close its manufacturing trade deficit and create manufacturing jobs.”

The report points to two main areas in which statistical evidence belies the false claim that automation and productivity growth were the biggest causes of the major manufacturing job losses seen in the early 2000s. First, while productivity growth in manufacturing compared to the rest of the economy was fairly consistent from 1990 to 2010—25.8 percent in the 1990s and 22.7 percent in the 2000s—job losses in the latter decade were 10 times greater than in the former.

Second, government statistics significantly overstate manufacturing productivity growth. Government data shows an astonishing 179 percent increase in computer manufacturing output from 2000 to 2010. But companies actually produced fewer computers during this time, not more.  The discrepancy is explained by the fact that the massive growth in productivity represents increasing computer processing speeds. The mismeasurement of this subsector of manufacturing significantly skews manufacturing statistics overall, masking decline and leading many analysts to erroneously conclude that productivity had to have been the driver of employment losses. Indeed, controlling for this massive overstatement, it turns out that real value added from U.S. manufacturing grew just 6.4 percent since 2000, not the reported 19.3 percent.

Instead of attributing manufacturing job losses primarily to automation and productivity, ITIF argues that global competition contributed to upwards of two-thirds of the manufacturing jobs lost from 2000 to 2010. During this time, rapid growth in imports, particularly from China, reduced US. output in 12 of 19 manufacturing sectors. Simultaneously, China ramped up its mercantilist polices—from currency manipulation to forced intellectual property transfers and government subsidies—all of which hurt US. manufacturing employment.

“Unless US. manufacturers can accelerate their productivity growth, it will be difficult for them to compete with manufacturers in other nations,” said Nager. “Productivity stagnation is a major reason why the manufacturing trade deficit has ballooned 53 percent since 2010.”

The report concludes that if the United States enacts policies and eliminate the manufacturing goods trade deficit, in part by more effectively countering foreign mercantilist policies and improving US. productivity, this would create 1.3 million US. manufacturing jobs across the country.

“Manufacturing is all over the news these days because President Trump has made revitalizing the sector a centerpiece of his agenda,” concluded Nager. “But pundits and economists continue to paint a highly misleading picture, not only about what happened to US. manufacturing, but also about what is happening now. We need to get the facts straight so Congress and the administration can enact much-needed reforms to grow manufacturing output and employment.”